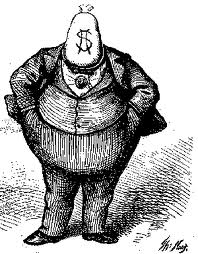 The Teamsters are actively lobbying for a bill that would prevent CEOs from plundering their companies at taxpayers' expense. Average CEO pay rose 13 percent just last year.

The Next New Deal blog explains how these CEOs are also looting taxpayers.

It started when President Bill Clinton signed a law eliminating corporate tax deductions for executive pay higher than $1 million. But the tax change had a loophole: so-called 'performance pay' was still tax exempt.

No surprise as to what happened next:

Performance pay made executives very wealthy, very fast. It motivated them to make shortsighted, risky and sometimes fraudulent decision to boost stock prices. Performance pay led to the mortgage crisis and global financial meltdown in 2008. It encourages CEOs to spend cash on buying back stock to boost the price, rather than research and development, capital investment, workforce training, higher wages and more hiring.

What's worse, taxpayers subsidize that behavior. The Economic Policy Institute estimates taxpayers paid $30 billion for that loophole between 2007-10. According to the Institute for Policy Studies, the CEOs of the top six public food chains “pocketed more than $183 million in performance pay, lowering their companies’ IRS bills by an estimated $64 million.”