It is now painfully obvious that cutting government spending slows commerce and depresses job creation. That economic reality doesn't matter to the billionaire sociopaths trying to wreck America, but it should to the rest of us.

The sad thing is that some people believe it. And they aren't even billionaires.

Even worse, a lot of them are journalists.

The reality is that cutting government spending -- aka austerity -- is sending Europe into a depression. And spending cuts in the U.S. are sending so many people into poverty that half the country is now poor.

As columnist Michael Hiltzik points out in the Los Angeles Times today:


...the dire consequences of austerity have become inescapable. That's especially true in Europe, which hasn't learned the lesson that cutting government spending during an economic contraction is a good way to turn a slump into a Slump with a capital "S."

On top of that, the academic foundation for government austerity were recently revealed to be based on a spreadsheet error by Harvard economists Carmen Reinhart and Kenneeth Rogoff. Dean Baker astutely notes,


...the story of the Reinhart-Rogoff error tells us a great deal about how the elites use economists and the prestige of the economics profession in order to impose their will on the public.

Here's another reality that the billionaire sociopaths won't like: The federal deficit is shrinking. Hiltzik writes:


The federal deficit is down, spending is down, revenues are up, and the balance sheets of Social Security and Medicare are stable or improving. As a share of gross domestic product, the national debt is down too. In a rational world, this would be seen as providing breathing room to create job-creating programs of real value to the overall economy.

Unfortunately that won't stop the  ridiculous Pete Peterson from pursuing his life mission of impoverishing retirees. It won't stop the Koch brothers, or the Walmart heirs, Dick DeVos, or Art Pope or the loony Humphreys family

But for non-sociopaths, the reality has become unavoidable. Even Mitt Romney's economic adviser says the government needs to spend money to hire the long-term unemployed into federal jobs.

The Huffington Post posted a great infographic today that shows the havoc wreaked by the billionaire sociopaths: 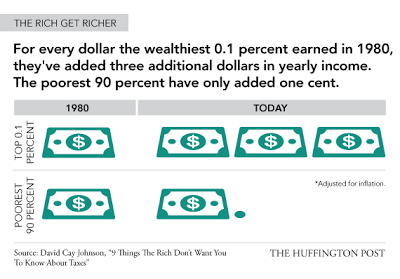 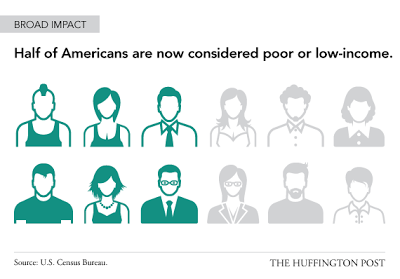 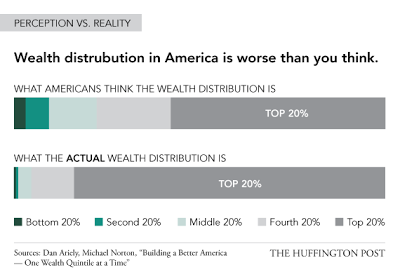 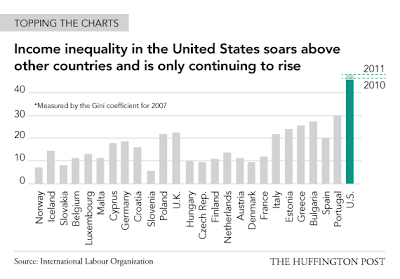