Lorena Gonzalez is a Teamster. She is also California's newest assemblywoman and the union's first member ever to be elected to state office there.

A dues-paying member of Local 36 since 2007, she was elected on May 21 in a special election to represent the San Diego area's 80th district. She found out she's the first active Teamster to be elected to state office from Joint Council 42's newsletter. (We found out on Twitter!)


We're very proud of her and and the efforts of Teamsters to help get her over the top on election day.

The daughter of an immigrant farm worker and a nurse, she understands the struggles of hard-working families and how government can help. That's why she was pleased she got to cast one of her first votes to raise California's minimum wage:


I came up here to represent working people, those who have a union, want to have a union and those who work hard and will never have a union. I loved working in organized labor and loved being a member of the Teamsters and will continue to be.

She has seen firsthand how workers -- especially immigrants -- are threatened by employers when they try to unionize or report illegal wages and working conditions. She said just last month one San Diego hotel boss threatened to call immigration on his employees in attempt to stifle a union drive. 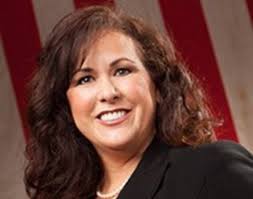 AB 263, currently being considered in the Legislature, could go a long way toward helping the situation. The bill would stiffen fines on employers who retaliate against workers for speaking out about being exploited:


It is difficult enough with our broken federal labor laws to organize. When you lay on top of that people who have immigration issues, it not only is difficult, it becomes dangerous. A number of things could happen. They could lose their job. We have seen a number of things happen to a person who is just trying to get by for their families and their kids.

Sister Gonzalez says she plans to champion both labor and education issues while in the Legislature. A single parent herself, she is a strong supporter of a state-subsidized child care bill that made it through the Assembly already. She also touts the need to improve technical job training for high school students who don't plan to attend college.