The Reality of Being a Teamster 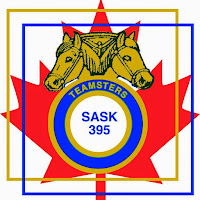 A picture says a thousand words. And a video says even more. Our brothers and sisters in Canada produced a great video about what it means to be a Teamster.

The video, put together by Local 395 in Saskatchewan, Canada, shows Teamster members doing what they do best: working and giving back. With few words and many pictures, the video highlights the leadership, solidarity and spirit of charity that defines life as a Teamster.

Members who helped raise thousands for the Calgary Flood Relief Fund, for example, show the kind of compassion demonstrated by Teamsters in Canada and throughout North America.

Ultimately, the video suggests, the Teamsters are about families and protecting workers and their loved ones.

Check out the video here:


Thanks, Local 395, for the inspiring tribute to Teamster life!
Posted by Teamster Power at 2:31 PM