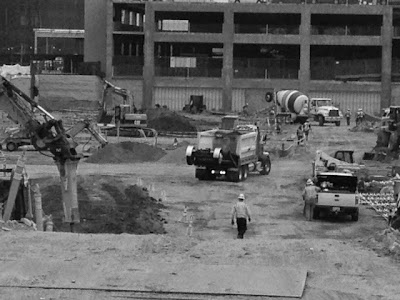 Organizing is tough, and it's not getting easier. But many Teamster locals are finding creative ways to bring in new members and strengthen the union.

The use of Project Labor Agreements (PLAs) help level the playing field for construction workers through the protection of a union contract. But they can also boost organizing efforts. That’s why International Vice President Rome Aloise has spent nearly a decade envisioning a day when the Teamsters organize thousands of new construction workers under the promise of PLAs nationwide.

In Aloise's home state of California, it appears that day has already arrived.


It took several years for the $250 million renovation of the Broadway Plaza Shopping Center in Walnut Creek, California to go from conception to groundbreaking. Ironically, it only took a couple of days to sign up more than one hundred end and super dump drivers who would be hauling the dirt and debris from that project to locations throughout the Bay Area.

The whirlwind organizing began when Locals 853 and 315 got a tip and then visited the shopping center construction site rumored to be utilizing dozens of trucks.

The Union quickly learned that many of the trucks from the shopping center project were hauling their loads to the massive Oakland Army Base project.

After Local 315 Business Agent Tom Clark and Stu Helfer (Northern California Construction Committee Chairman and Western Region International Representative for Construction) went to the site and spoke with the General Contractor. A few calls calls were made and shortly thereafter, the owner, who owns the 62-year old, upscale shopping center, made a “commitment” that the renovation project was to be an all union project which included the Teamsters. The owner then passed the word down to the general contractor, the excavating company, and the trucking company.

This lightning fast organizing wasn’t a fluke. Teamsters Local 853, led by Secretary-Treasurer Rome Aloise, has been in the forefront of organizing in construction. Local 853’s program has taken years to develop, involving endless job site visits, phone calls, demands for certified payroll, PLA negotiations, pre-job conferences, legislative efforts, and on and on.

The situation in Walnut Creek is simply proof that persistence, cooperation and knowledge - and a friendly tip - can lead to some pretty spectacular results.

Posted by Teamster Power at 4:25 PM