No rest for sick workers

More Americans are denied sick leave at work, thanks in part to ALEC's efforts to ban local governments from mandating paid sick days for workers.

ALEC, the American Legislative Exchange Council, functions as a corporate dating service for state legislators. In state after state, ALEC is succeeding in getting laws passed for its corporate members who don't want their workers to take sick days off.

And more Americans are showing up to work sick -- over 90 percent of workers show even when they know that they will infect somebody else. 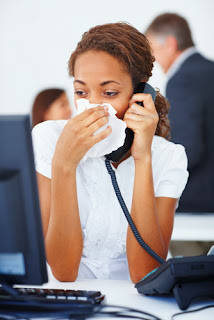 Small wonder when over 40 million Americans don't have any paid sick leave and almost a quarter of workers have lost or were threatened with losing their job because they took time off for illness.

Last week, Pennsylvania became the 14th state to introduce the ALEC bill, thanks to ALEC member and Pennsylvania state Rep. Seth Grove.  Eight states have already passed some form of the bill including Florida, where over 50,000 voters had already signed a petition for a countrywide paid sick leave law.

These so-called pre-emption laws are devastating to local communities and workers.  This ALEC bill forces workers to choose between paying their rent and getting better -- even in communities that want all workers to be covered with paid sick leave.

Paid sick leave is not just pro-worker reform; it is good for businesses as well.  Studies have shown mandatory sick leave has no impact on businesses -- unless it helps the business make money:


Multiple national studies have found that providing paid sick leave can benefit businesses through higher morale and productivity, less absenteeism, and lower rates of turnover, offsetting some or all of an employer’s direct cost of providing paid leave.

Paid sick leave allows parents to stay home with sick kids and prevents diseases being spread to coworkers and customers.

With all of the benefits from paid sick leave, only an heinous anti-worker group could deny workers the right to recover from illness.

But ALEC is fine with doing just that.