There's a fight going on against right to work in West Virginia, and an IBT staffer -- we'll call him Our Teamster on the Ground -- is in the thick of it. This is the first in a series of daily dispatches about what it's like to be there. 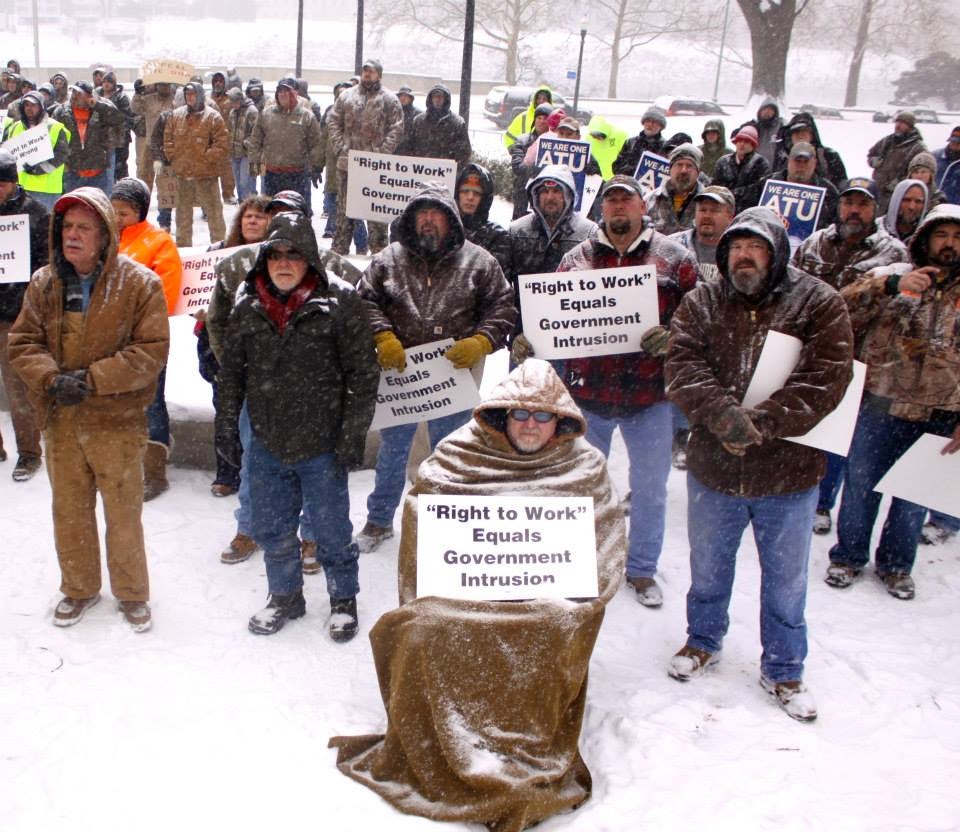 Here's what happened this week:


On Monday, many Teamsters joined  their fellow union members in a crowd of more than 1,000 workers to protest legislation to establish right to work and to prohibit prevailing wages. Despite severe winter weather, below-freezing temperatures and heavy snowfall, the workers came from all over the state in an incredible display of solidarity. 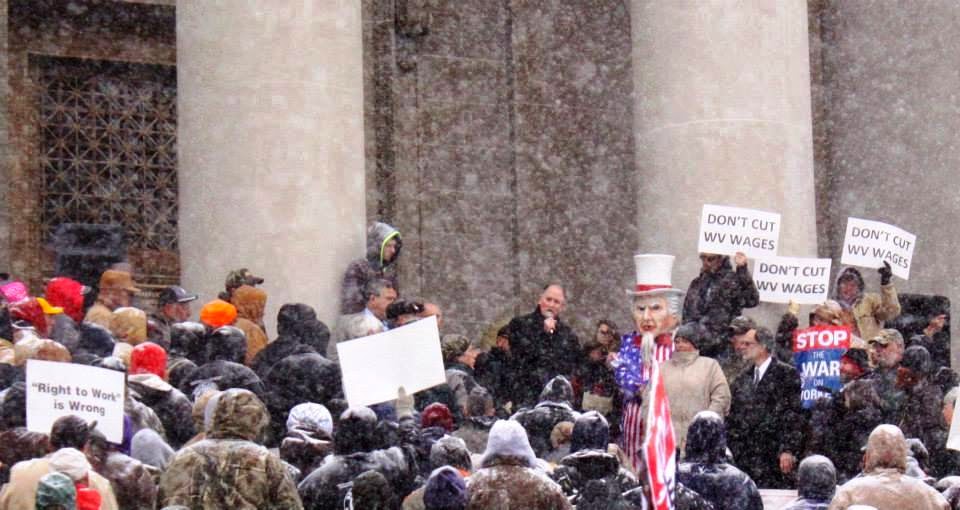 On Tuesday I finally had a chance to visit Teamsters Local 175, where I met with Recording Secretary Johnny Sawyer and his wonderful staff. They sure know how to make a guy feel welcome.

Later during the week the Teamsters invited me to their local hangout, a restaurant owned by a former Teamster, where we sat at the Teamster table with members of the Carpenters Union and discussed our agendas and strategies.

Hundreds of union leaders and members came out to the Statehouse again Thursday morning, flooding a public hearing in the House chamber on a  the prevailing wage bill.

Social media bustled with activity, too, with over 1,000 Facebook supporters added in under three days. We have also launched a channel on YouTube and an Instagram profile. Press coverage on the local news has been tremendous, too.

In the labor movement, there's nothing like a good fight. As frustrating as our politicians may be today, they’ve galvanized a restless giant here in Charleston -- the West Virginia workforce. These guys work harder and tougher than any group of workers I've ever seen. And in just four days, I’ve seen it firsthand over and over again -- from dedicated hotel staff and store owners to the Teamsters at the Hertz car rental and the miners and building trade union members at the capital each day. Not to mention all the city workers shoveling and plowing snow at 4:00 every morning.

Posted by Teamster Power at 5:12 PM