A simple way to lie about trade deals: Count exports, not imports 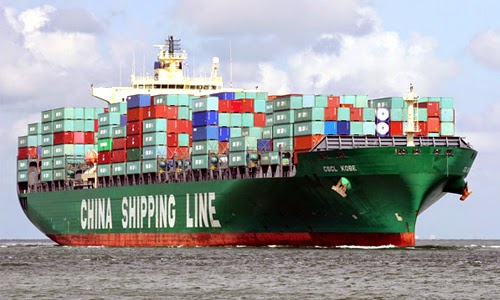 The Obama administration is telling Congress and the world that trade deals are good because they increase U.S. exports. But they're not saying anything about ignoring imports.

The administration wants Congress to rubber stamp the corporate power grab known as the TPP by passing Fast-Track legislation. But by claiming that U.S. exports are increasing because of NAFTA-style trade deals, they're conveniently ignoring the other side of the equation: U.S. imports.

That's like claiming you're winning a baseball game because you scored three runs without mentioning the other team scored nine.

Rob Scott at the Economic Policy Institute notes the U.S. trade deficit with China was responsible for 46.5 percent of the whopping $736.8 billion goods trade deficit in 2014. The China-made goods that flooded into the United States cost millions of jobs. Scott concludes:

That's not the half of it. Even if every worker who lost a job to China got a new one, that new job would earn between $148 and $230 less per week.

The total wage loss from growing imports from China? A whopping $37 billion in 2011 alone.

There's more. All workers without a four-year college degree must now compete with low-wage workers. That competition has lowered the average non-college-educated worker's wages by an average of $1,800 per year. It is estimated that more than 100 million workers -- or two-thirds of the entire labor force -- are now working for less money than they would have if the United States didn't have such a massive trade deficit.

A Fast Track bill to accelerate another bad trade deal through Congress is the last thing American workers need. But it could happen soon.

If you're worried that your wages will fall even further under the TPP, you can call your representatives in Congress at 888-979-9806 and tell them to vote against Fast Track. Or you can participate in one of the rallies being held across the country. Click here for more information.