Protecting the 1%: The wealth defense industry and the guard economy 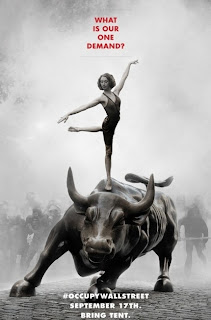 That isn't what most Americans wanted. Poll after poll shows if they had a choice between (a) democracy and (b) great wealth concentrated in the hands of a few, most Americans would choose (a).

Because as Judge Louis Brandeis famously said, "We can have democracy in this country, or we can have great wealth concentrated in the hands of a few, but we can't have both."

A Northwestern University professor, Jeffrey Winter, explains why so much wealth remains concentrated in the hands of the 1%. It's because of the vast white-collar army exists to defend the assets of America's oligarchs.

An economist at the Santa Fe Institute, Samuel Bowles,  further argues it's because we have a guard economy.

We think they're both right.

Let's take Winter's argument first. He asks how the tiny group that comprises America's elite -- the Benedict Arnold Koch brothers, the Walton family, Bill and Melinda Gates -- gets such disproportionate power in what is supposed to be a democracy:


America’s ultra-rich all together could barely fill a large sports stadium. They never assemble for rallies or marches, sign petitions, or mount Facebook or Twitter campaigns. So how do they so consistently get their way?

The answer: Rich people are way more motivated than poor people to hang on to what they've got. And they have the networks and connections to make politicians do what they want. As Winters writes,


Wealth is inherently empowering and motivating; poverty is neither...(and) a small number of individuals each have at their disposal the resources it would take tens of thousands of their fellow Americans acting in sustained coordination to match.

They also have the wealth defense industry, which


...is comprised of lawyers, accountants, wealth management consultants, revolving-door lobbyists, think-tank debate framers and even key segments of the insurance industry whose sole purpose is income defense for America’s oligarchs. The industry is wholly funded by oligarchs, and it would simply not exist if oligarchs did not have massive fortunes to defend...

In an interview, he said each oligarch can bring to the political table the dollar impact of 20,000 Americans.


Anybody who wants to challenge the wealthy, they've got to get rained on, and eventually snowed on, and it means they have to stop whatever they're doing. Ordinary citizens actually have to join organizations and physically be there and participate, to the exclusion of anything else they might do. And that is at tremendous burden.

And that's a big reason why the average working American hasn't gotten a raise since 1970. The oligarchs took all the money from economic growth -- by lowering their taxes.


...their common deployment of a highly networked and organized industry lends their actions an unprecedented degree of unity. Combined with weakened unions and considerably less political unity among average citizens, America’s oligarchs are arguably more powerful today than during the robber baron era at the turn of the 19th century.

Samuel Bowles has another take on inequality. He argues that it's inefficient and stifles economic growth because so many people are hired to guard the rich. According to boingboing,


He calls this "guard labor" and says that one in four Americans is employed to in the sector -- labor that could otherwise be used to increase the nation's wealth and progress.

From a profile of Bowles:


The job descriptions of guard labor range from “imposing work discipline”—think of the corporate IT spies who keep desk jockeys from slacking off online—to enforcing laws... The greater the inequalities in a society, the more guard labor it requires, Bowles finds. ...

In short, in a very unequal society, the people at the top have to spend a lot of time and energy keeping the lower classes obedient and productive.

Yup.
Posted by Teamster Power at 7:06 AM