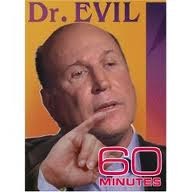 Corporate con artist Rick Berman says he plans to run $10 million worth of ads to try to destroy unions, the best and possibly last shot the American middle class has of saving itself.
The good news: Berman isn't very effective. According to a report for the Humane Society,


Michael Jacobson, a Berman target on food and alcohol issues in his capacity as the executive director of the Center for Science in the Public Interest (Berman refers to them as “the food police”), sees Berman as a person “of no morals,” who “has been a mild nuisance over the past decade.”...

“I don’t think Berman is very effective,” Jacobson said. “He temporarily muddies the water a little, but basically he’s just someone on the sidelines throwing raspberries.”

Berman convinced his corporate backers to give him money to atack workers, reports David Jamieson at the Huffington Post,


A D.C.-based front group representing corporate interests will be rolling out a $10 million national advertising campaign next week to promote legislation that would likely weaken unions.

We expect Berman will run those ads in states where corporate stooge lawmakers are trying to ram anti-worker laws through state legislatures. We'll bet cash money that the ads will run in Indiana, where the Benedict Arnold Koch brothers' front group, the American Legislative Exchange Council, is pushing a right-to-work for less law.

This is what Rick Berman's son says about him:


“My father is a despicable man.  My father is a sort of human molestor.  An exploiter.  A scoundrel.  A world historical motherf*cking son of a b*itch.  (sorry grandma)”

His clients include everyone from the makers of Agent Orange to the Tanning Salon Owners of America.

If you have a strong stomach, check out the Berman Exposed website for more about the man known as "Dr. Evil."
Posted by Teamster Power at 12:20 PM