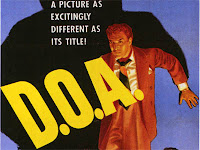 “The Fiscal Commission Co-Chairs’ proposal is an equal opportunity disaster. It cuts benefits for today’s seniors and persons with disabilities. It cuts Social Security benefits for virtually every American alive today and yet to be born.

“The President and every member of Congress should declare the Social Security benefit cuts dead on arrival, just as Americans would have made them DOA if they had been given a chance to vote on this plan last Tuesday.“

Posted by Teamster Power at 1:55 PM