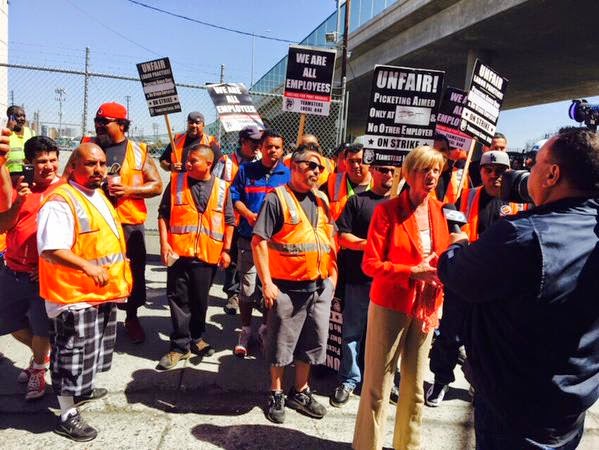 With strong Teamster backing, workers are striking a major fulcrum of the nation's economy this week. Picket lines went up early this morning at the Ports of Los Angeles and Long Beach where truck drivers are targeting several companies in a massive action against wage theft.

According to the Justice for Port Drivers press release:


Port truck drivers serving the nation’s largest port complex began a strike of four major drayage firms at the twin ports of Los Angeles/Long Beach, where a crippling slowdown in early 2015 sent shock waves through the U.S. economy. Primary picket lines are now up at company yards in the greater Los Angeles area and in San Diego. 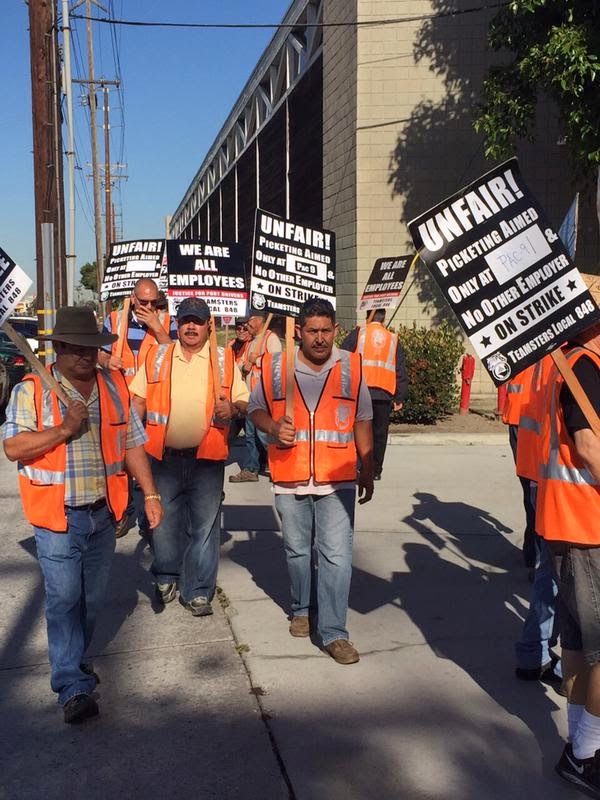 The companies being struck are Pac 9 Transportation, Pacer Cartage, Harbor Rail Transport and Intermodal Bridge Transport. Another company, Green Fleet Systems (GFS), avoided the strike with an announcement today that it reached a labor peace agreement with the Teamsters that recognizes its drivers' union rights.

GFS said in a statement this morning:


We are pleased to announce that Green Fleet Systems, LLC, and the Teamsters Union have entered into a comprehensive labor peace agreement designed to ensure that Green Fleet’s drivers have an opportunity to exercise their rights under the National Labor Relations Act and, if they choose, to select an exclusive representative for purpose of collective bargaining.

Drivers on strike this week are calling attention to rampant wage theft and the toll it is taking on their families. They are calling on elected officials to put rules in place that end law-breaking for profit in the form of misclassification, which effectively allows companies to take the costs of doing business out of workers' pockets (i.e. stealing their wages). Click here to sign the petition. 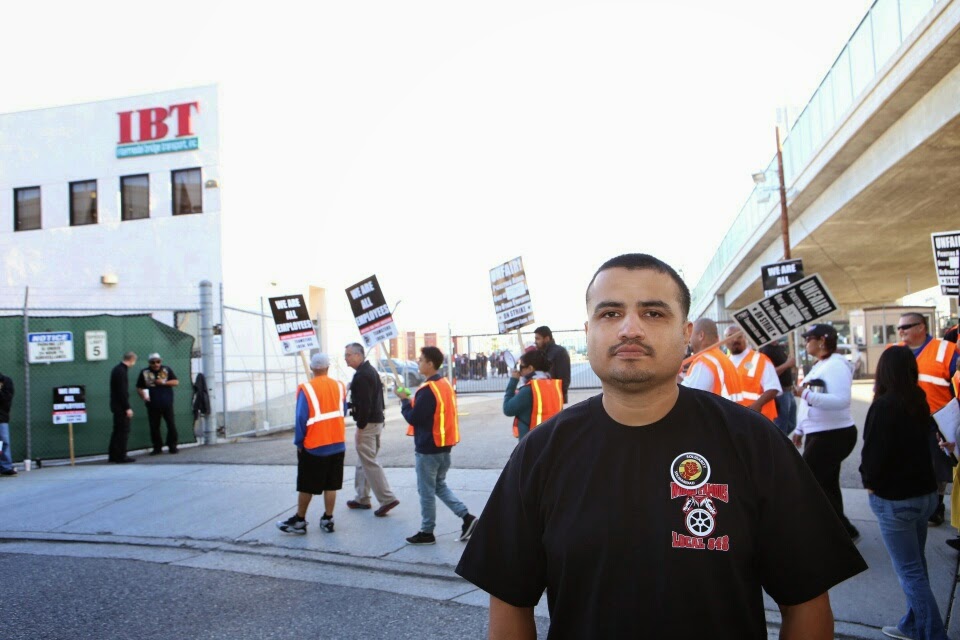 Hector Flores, a driver at Intermodal Bridge Transport, says he is on strike to end wage theft and to ensure a better life for this daughters:

We are here to make sure that these companies stop their lawless behavior.  They cannot keep engaging in wage theft. We demand re-­classification to employees.  We know what we are doing is right, and we are not going to stop striking until these companies stop breaking the law.

Dozens of other union members and labor leaders are joining port drivers on the picket lines, including Rusty Hicks, Executive Secretary‐Treasurer of the Los Angeles County Federation of Labor (AFL‐CIO):


Six hundred thousand working men and women in Los Angeles stand behind the port drivers fighting to stop wage theft and the ability to have a voice on the job. Our ports are the economic engine for our region. Our drivers deserve a fair day's pay for a fair day's work.

With each new job action, awareness of the port drivers' plight is spreading and their struggle is gaining momentum in the national context of low-wage worker strikes in the retail, fast food and other industries. Misclassified as "independent contractors" moving goods for major retailers like Walmart, Home Depot, Target and Polo/Ralph Lauren, drivers work long hours and often make less than minimum wage. Some weeks drivers even end up owing money to the companies they work for, pulling negative wages on their checks.

Drivers created these two videos about wage theft to show just how bad it is for the men and women who haul $4 billion in cargo every day:


WELCOME TO THE WAGE THEFT ZONE

The struggle at the ports continues. Solidarity, brothers and sisters!
Posted by Teamster Power at 4:10 PM