Opponents of the iconic New York City horse-drawn carriage industry have repeatedly told anyone who would listen that the practice is inhumane to the animals used in such work. A new report, however, proves otherwise. 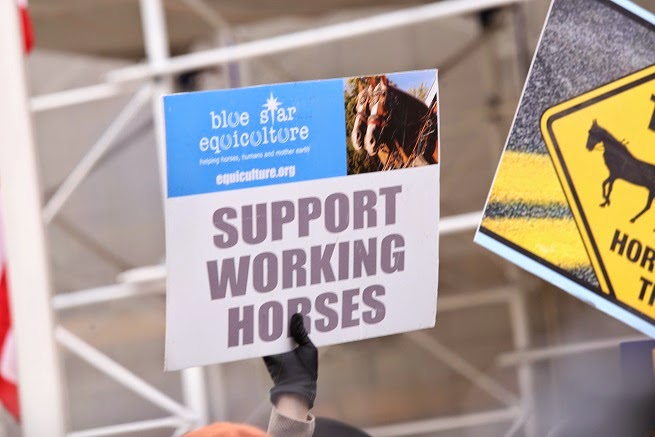 A study conducted by a California-based professor specializing in equine medicine found the horses to be stress-free, even after a full day of working in Central Park. Joe Bertone, who teaches at Western University of Health Sciences, said he and his team looked at the level of cortisol in 13 carriage horses over a three-day period in August. Cortisol is a hormone produced when animals and humans are stressed.

Horses were examined four times a day, including both before and after they went out on the job. Their body temperature was checked and saliva samples were taken. And he told the New York Daily News they showed no signs of distress:


I couldn't find more content animals. They were very relaxed.

But what about all the stories about mistreated horses? Those must be true, right? No. The only ones being mistreated are 300 Teamster workers who operate these carriages and bring happiness to thousands of riders each year.