Up to a thousand low-wage contract workers in Washington, D.C. took part in a one-day strike Wednesday for living wages and a union. The workers, organized by Good Jobs Nation, are janitors, cafeteria workers and others who make up the subcontracted workforce in federal buildings.

The colorful and boisterous throng of workers chanted "hey hey, ho ho -- $10.10 is way too low" as drums and blaring trumpets led the march line passed Senate offices and to the grounds of the Capitol.

Good Jobs Nation is part of the growing movement calling for "$15 and a union" for low-wage workers. In particular, contract workers point out that the federal government produces more low-wage, poverty-level jobs than Walmart and McDonald's combined. They are taking action to demand a $15 wage and an executive order from President Obama allowing them to unionize.

Sonia Chavez spoke to the crowd at a press conference in front of the Capitol at the end of the march:

Sonia and her husband are only paid $9.50 an hour. They clean the offices of the most powerful government in the world -- yet they are victims of wage theft and are owed $40,000 in back pay. 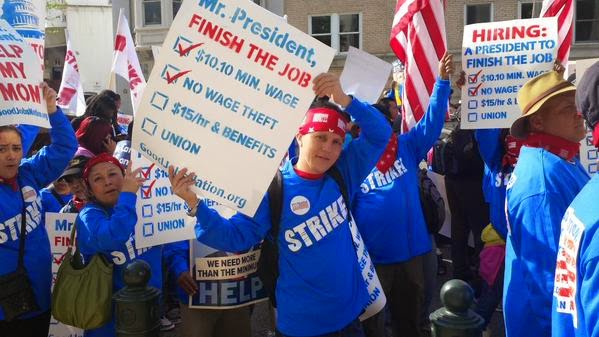 Last year, workers' actions led to Obama signing an executive order raising the minimum wage for federal contract workers to $10.10 -- a still-paltry wage for families living in a region where the cost of living continues to skyrocket. Organizers of yesterday's strike actions say the president should sign an executive order mandating federal agencies to give contract-bidding preference to employers that pay a $15 minimum wage to their workers.

With candidates gearing up for the 2016 presidential election, workers are calling for a president who will support them with a living wage. They chanted "If you want the people's vote -- $15 and a union" during the march. 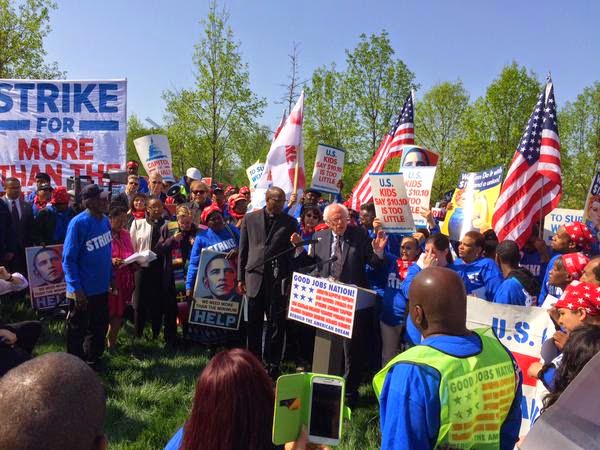 Sen. Bernie Sanders (I-Vt.), who has hinted at running, joined workers at the press conference:


American workers deserve a decent wage. The middle class is disappearing. We have millions of working people living in poverty and 99 percent of all new income is going to the top one percent. That is not what America is supposed to be about. If you work 40 hours a week, you should make enough to take care of your kids and your family.

What we’re saying today is pretty simple. The taxpayers of this country want to make sure that when government contracts are made those employers who get those contracts pay employees a living wage, that they allow their workers to form a union, that they provide good benefits to their workers. 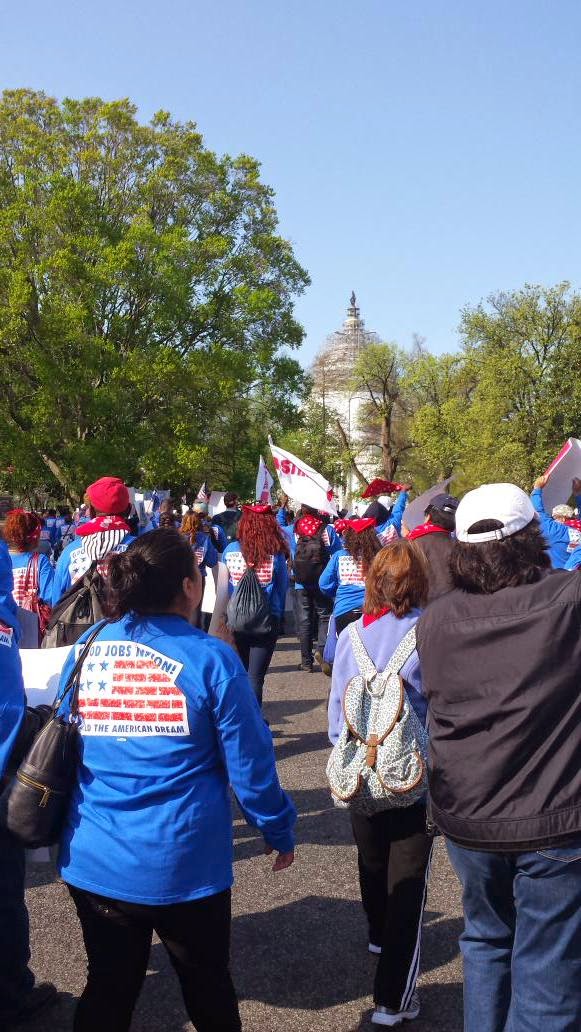 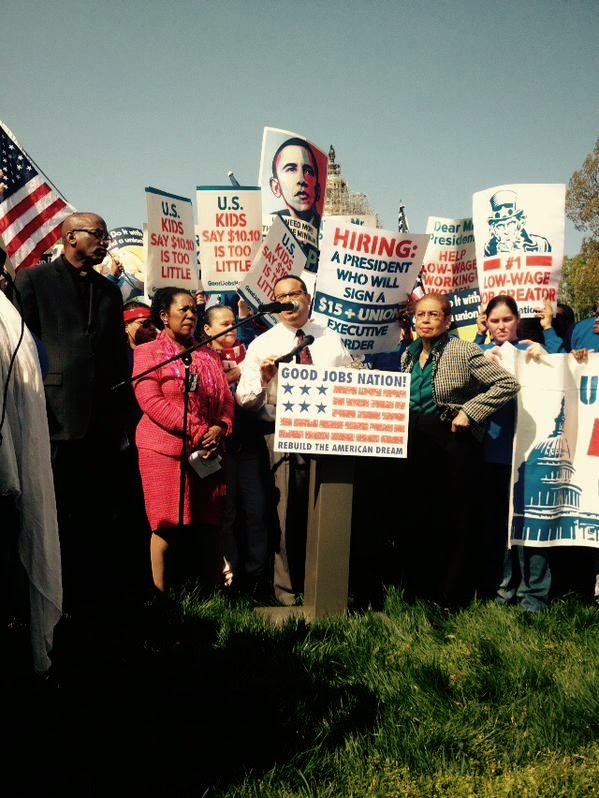 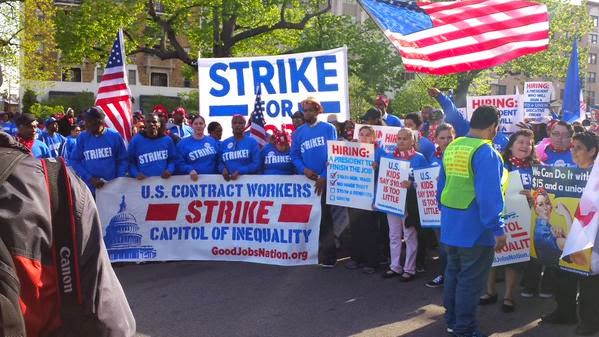 Posted by Teamster Power at 8:59 AM