Failed fast track is nearly upon us -- again 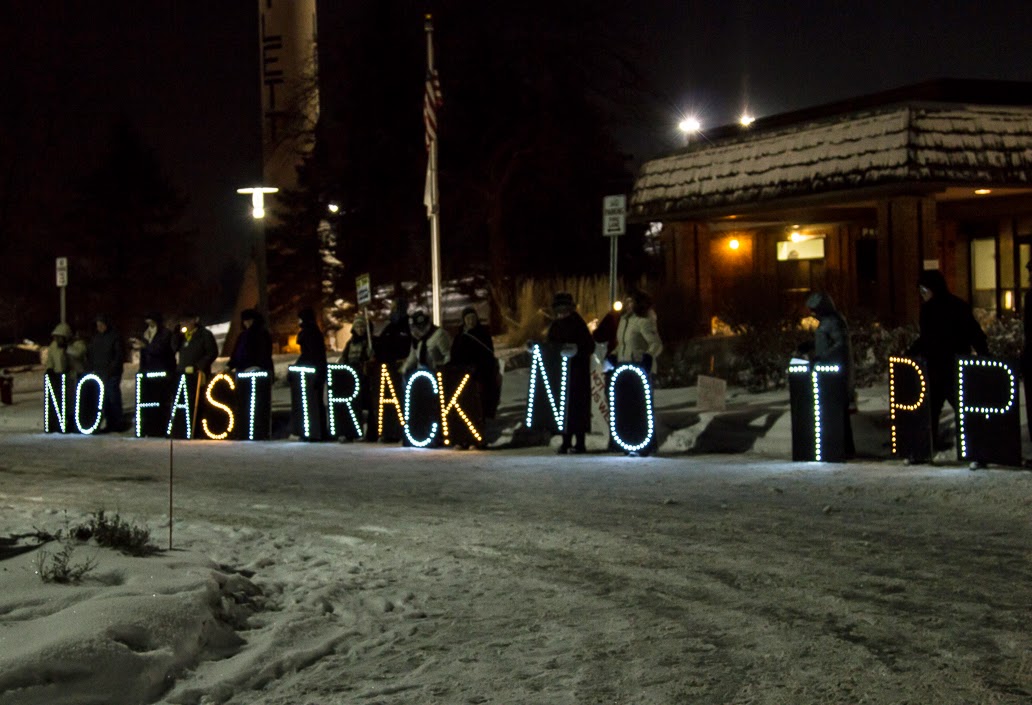 Senate Finance Committee leaders are expected to unveil a fast-track trade promotion bill as early as Monday that would regurgitate the worst of many past efforts that have led to millions of American middle-class jobs being shipped overseas in the past 20 years.

Despite the Teamsters and our allies making clear that U.S. residents will be hurt if fast track can be used to quickly push secret trade deals like the 12-nation Trans-Pacific Partnership (TPP) through Congress, some lawmakers had decided to side with big business instead. But fortunately, the fight doesn't end there.

This union and others who care about hard-working Americans are gearing up for a fight, and will need everyone who can to join in. Lawmakers need to hear from the public about the damage fast track will do. Many elected officials have become dizzy from the corporate spin job instituted by those who stand to profit the most from agreements like the TPP. They need to hear the unvarnished truth.

Fast track allows trade agreements to sail through Congress with little debate and no amendments. It stops elected officials from having real input in the trade approval process, even though the U.S. constitution mandates such oversight. It would allow, for instance, the TPP to move forward with language that would end the 80-year-old Buy American program that gives U.S. firms a preference in federal procurement. It would also allow investors to sue this country if they don't like our laws and force taxpayers to pay any penalty imposed by an international tribunal.

Stopping fast track is the best shot at saving Americans from these host of ills.
Posted by Teamster Power at 3:11 PM