West Virginia workers are keeping a wary eye on the Legislature. They’re taking nothing for granted, even though the Senate Majority Leader said Friday that right to work is dead in West Virginia. Meanwhile, our Teamster on the Ground is working with the Mountain State’s unions to fight an effort to lower the prevailing wage:


It had been a long, hard-fought week by the time Senate Bill 361 -- the legislation seeking to lower West Virginia’s prevailing wage -- arrived on the House floor Saturday afternoon. Workers continued their strong presence following the bill's passage in committee Wednesday, returning to the Statehouse again Thursday and Friday to line the halls and committee rooms in hopes of lobbying House delegates to vote against the anti-worker measure.

West Virginia Building Trades members continued to try to thwart the bill’s passage. Back in my hotel room I often catch a commercial they produced to run during the session, which now airs several times a day during the morning and evening news. 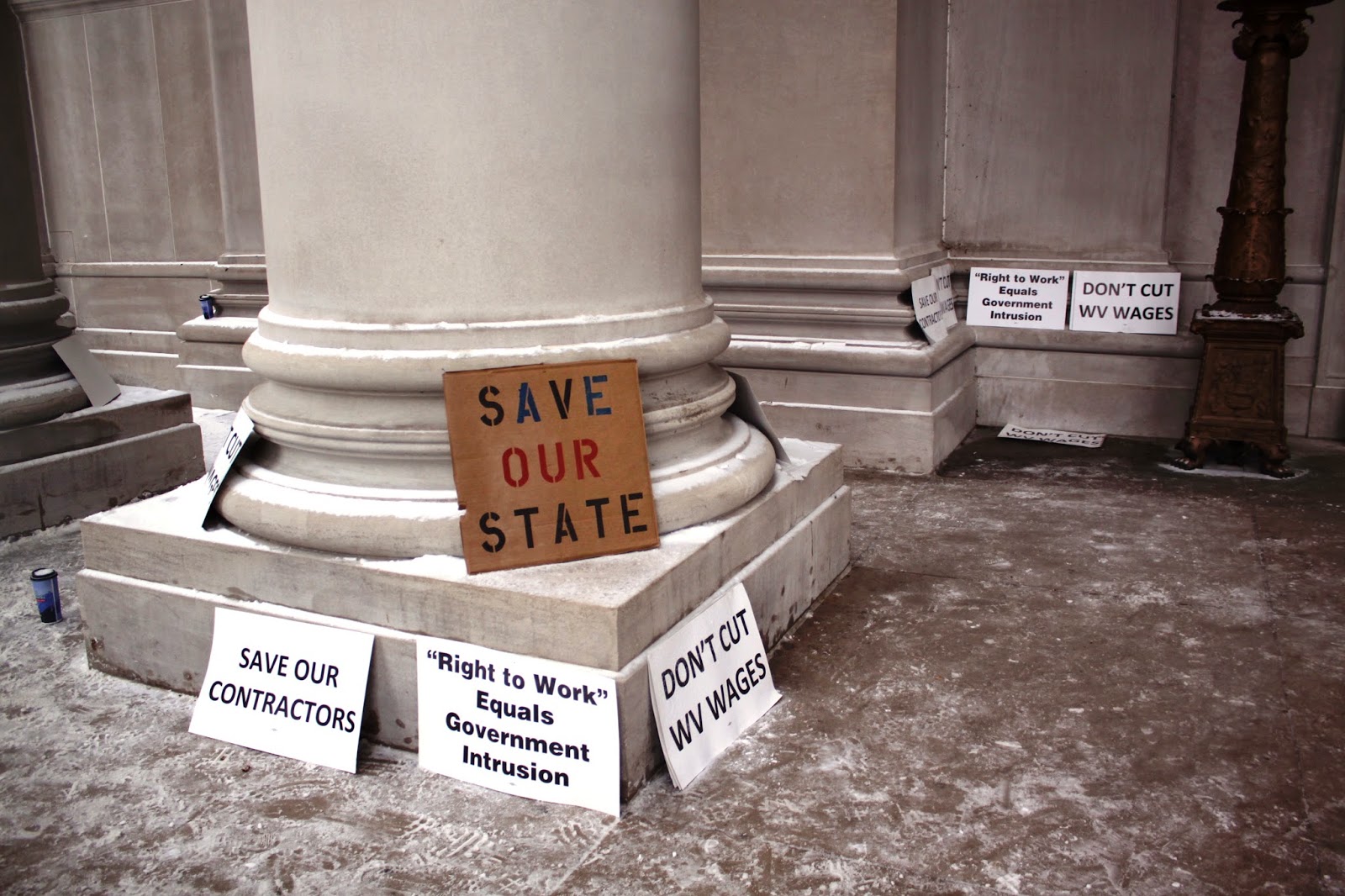 Hundreds of construction workers and union supporters swarmed the Capitol to attend Saturday’s vote in the biggest show of force since the February 16 rally on the Statehouse steps. Inside the House chamber, the galleries were crammed with construction workers, who looked down as delegates held a heated three-hour debate on the floor below.

Many of our friends in the Legislature passionately spoke against the bill on the House floor. Some explained the history of the prevailing wage and its role providing for the state's middle class. Some dug deeper, questioning the notorious architects of the bill by referencing the special interests involved in authoring the bill's language.

But of all the great speeches given that afternoon, the strongest case against SB361 came from Del. Shawn Fluharty, D-Ohio. “They don’t want it -- the employers, and the employees surely don’t want this. Who wants this? Who’s pulling the strings down here?” he said, adding, “We’re here for the people of West Virginia, here in the people’s chamber -- not for the U.S. Chamber of Commerce.”

Del. Mike Caputo, D-Marion, pledged his support to the West Virginia workforce: “Let me tell you what these people want,” he said. “They want to be treated fairly. They want a nice home to live in, and they want to send their kids to college.”

Despite our hope that state lawmakers would come to their senses and vote down the measure, the West Virginia House of Delegates voted 56-39 in favor of passing SB361.
“Everybody was hopeful, but everybody kind of knew the way it was going to go with the Republicans,” said one union worker following the vote.

As the Senate prepares to vote on SB361 for final passage later this week, West Virginia unions will step up efforts with the Building Trades and friends in the Legislature to stop this bill from becoming law.

Posted by Teamster Power at 3:31 PM