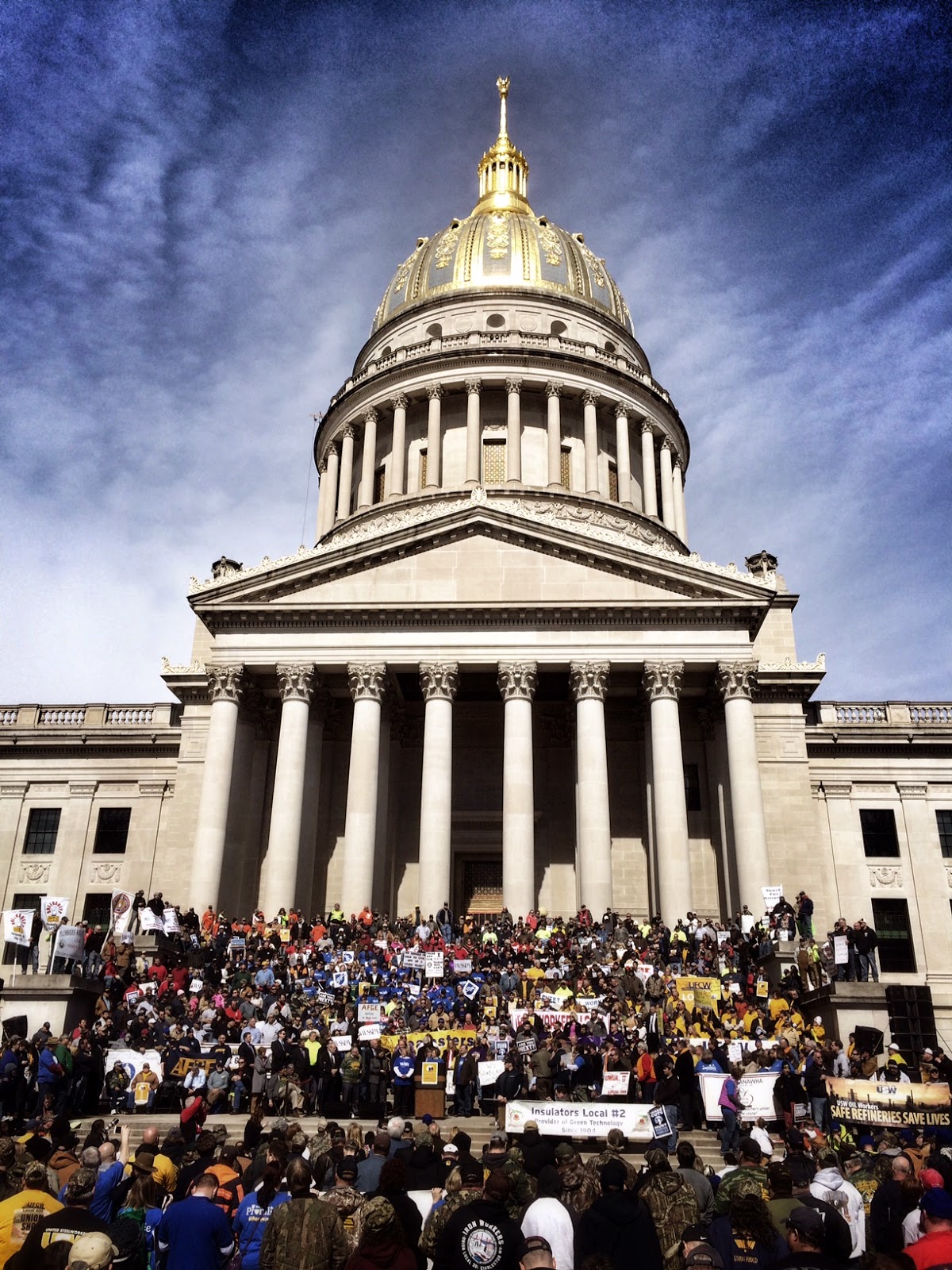 Here's more from the press release on Teamster.org:

Teamsters General Secretary-Treasurer Ken Hall delivered a rousing speech to thousands of rallying protesters in his home state of West Virginia on Saturday, urging workers to continue their fight against the legislature’s anti-worker agenda currently being pushed by state lawmakers.

More than 1,000 Teamsters came out to show their support and stand shoulder-to-shoulder in solidarity with their brothers and sisters in the labor movement.

“The working people of West Virginia deserve better from our politicians, and we won’t sit back as out-of-state interests try to strip us of our bargaining rights, drive down our wages and weaken job protections,” Hall said to the packed crowd. “All workers deserve dignity and respect, and that’s why Teamsters across the country will be standing with West Virginians to stop this horrible assault on workers.”

Union leaders thanked West Virginia workers for their efforts to form a united voice in opposition to lawmakers seeking to establish right to work legislation, roll back coal mine safety protections, lower the prevailing wage and diminish public education.

“I’ve always believed what’s bad for one union is bad for all unions. Fortunately, workers were ready for this fight months in advance throughout the legislative session,” said Gary Legg, a member of South Charleston, W.Va.-based Teamsters Local 175, noting that Teamsters joined with miners, teachers and building trades members throughout the session as part of a shared fight to stop this harmful legislation.

“We have fought too hard and too long in the struggle for workers’ rights to become a right to work state. It's time for delegates to realize that West Virginians don't support this agenda. The assault on workers this session is bad for working-class families and it's bad for our economy. It's an assault on the entire state,” Hall said.

We'll have another dispatch from our Teamster on the Ground later this weekend. In the meantime, check out some more scenes from today's powerful rally: 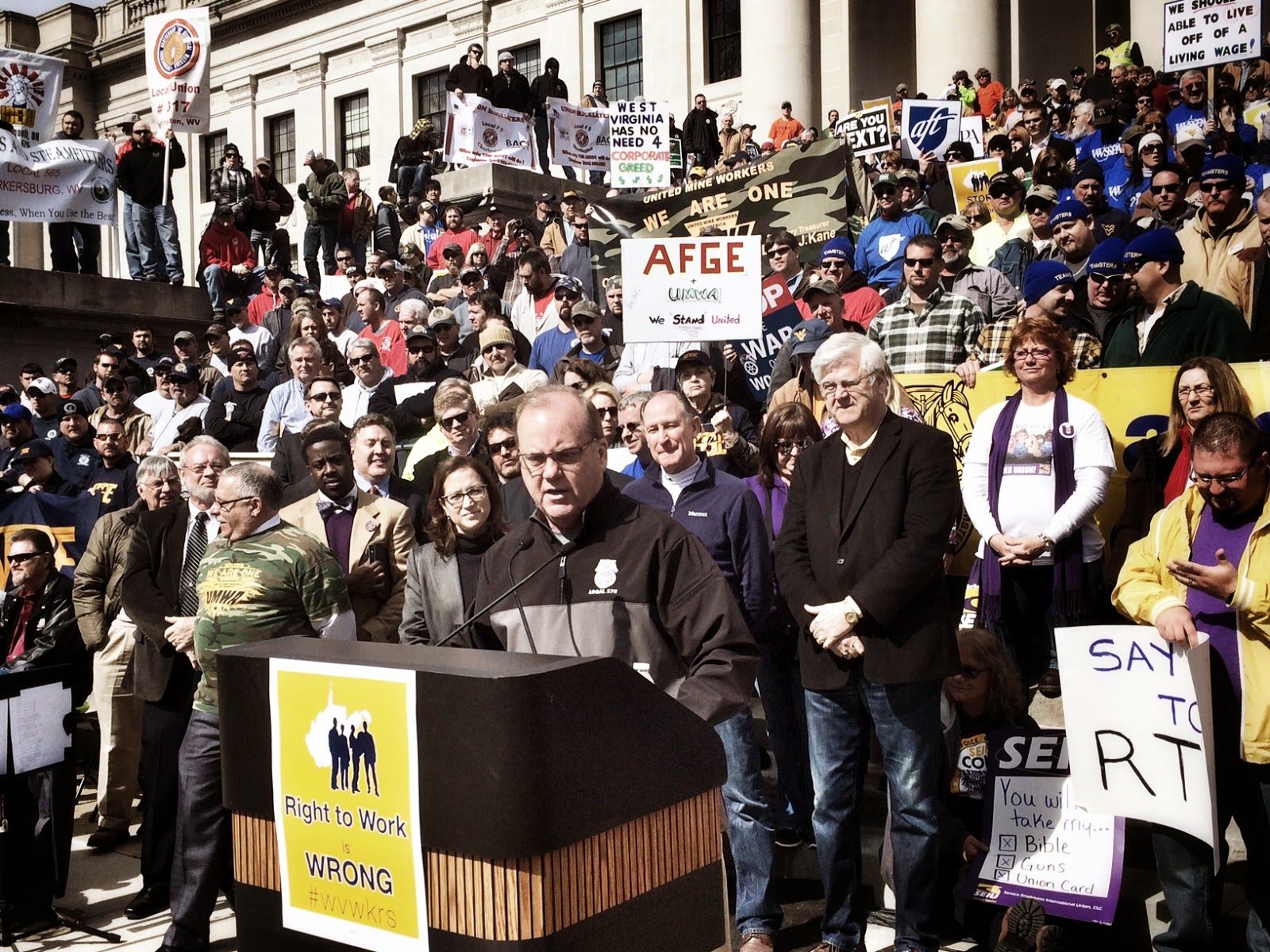 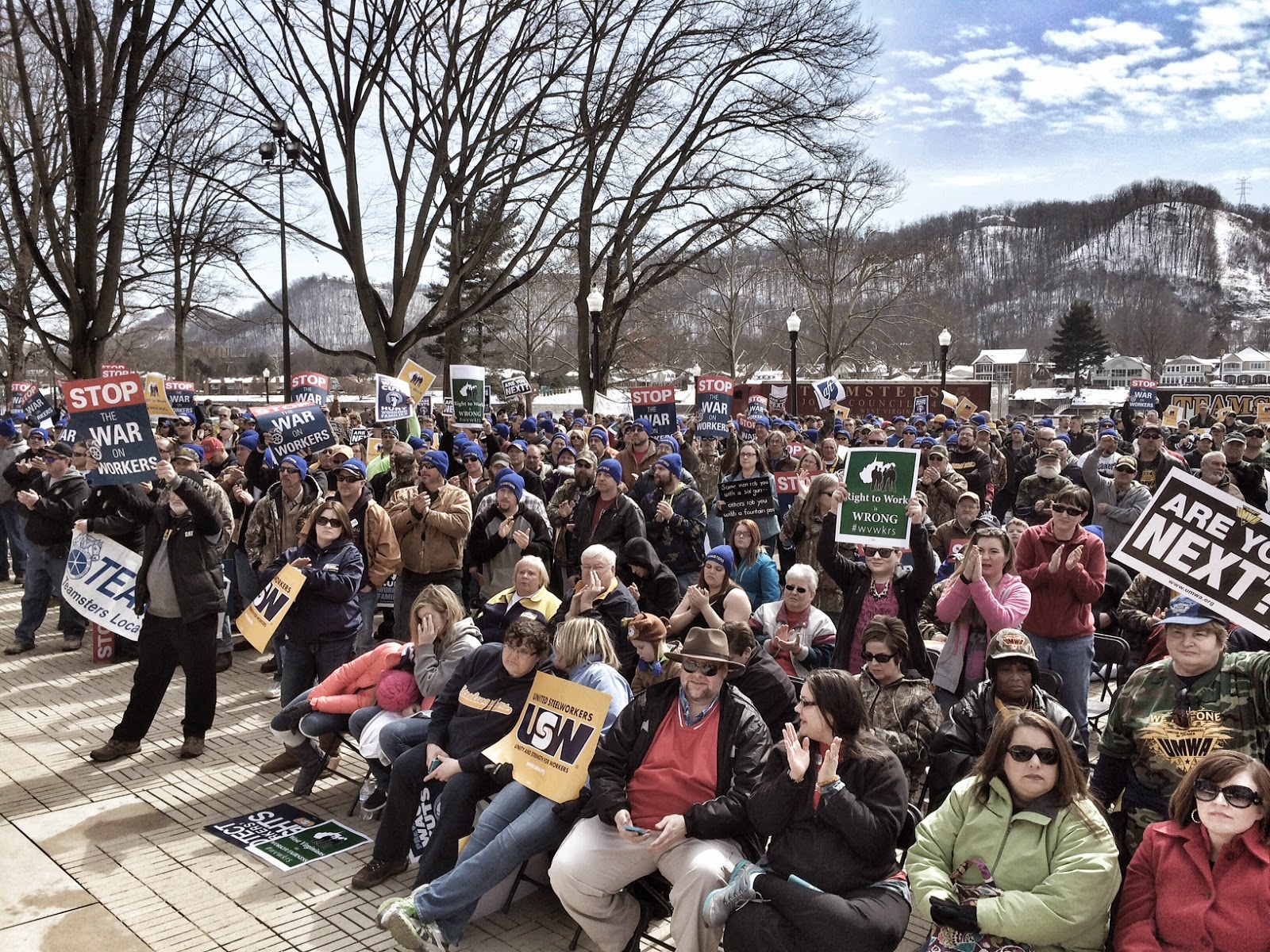 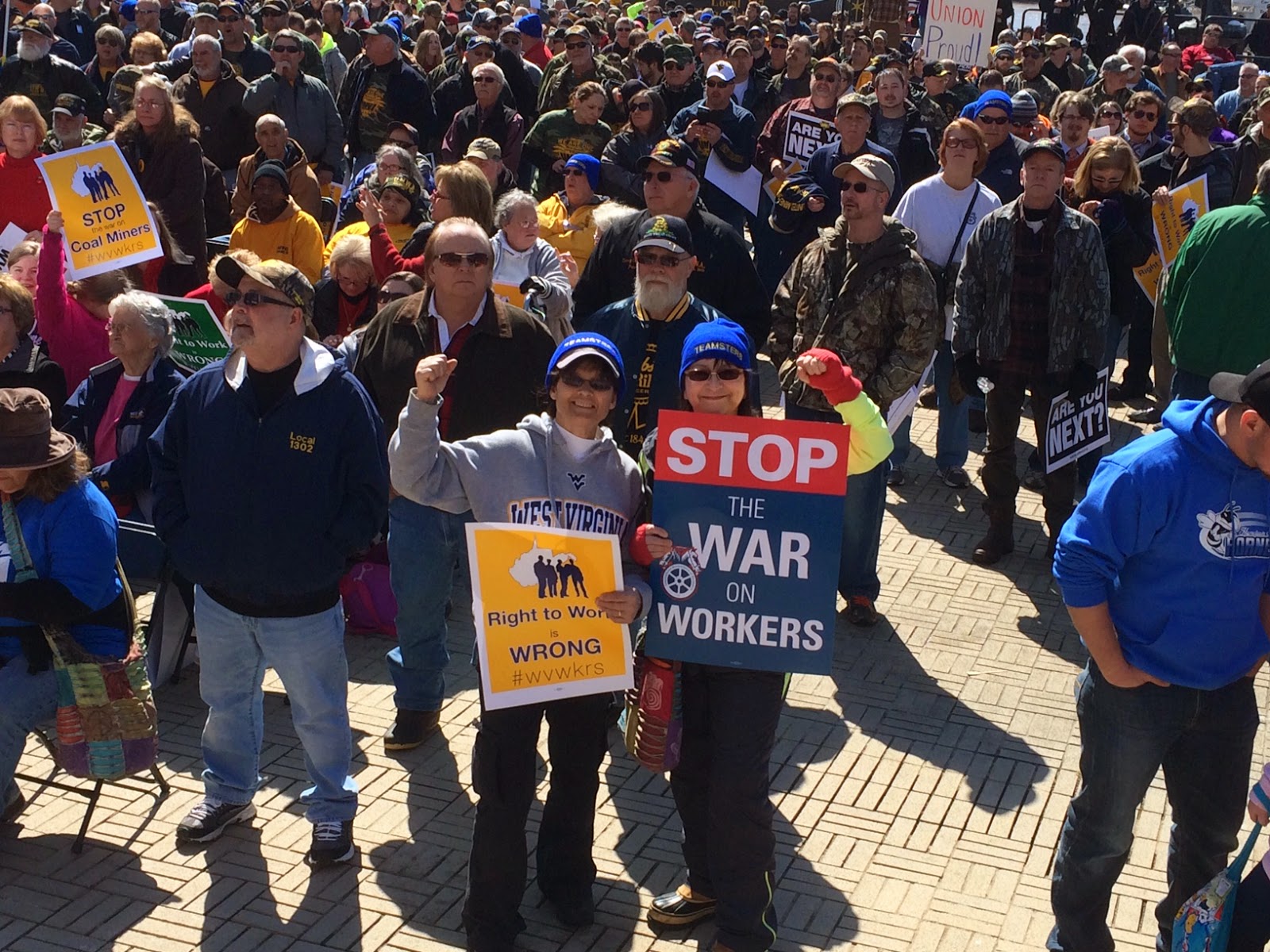