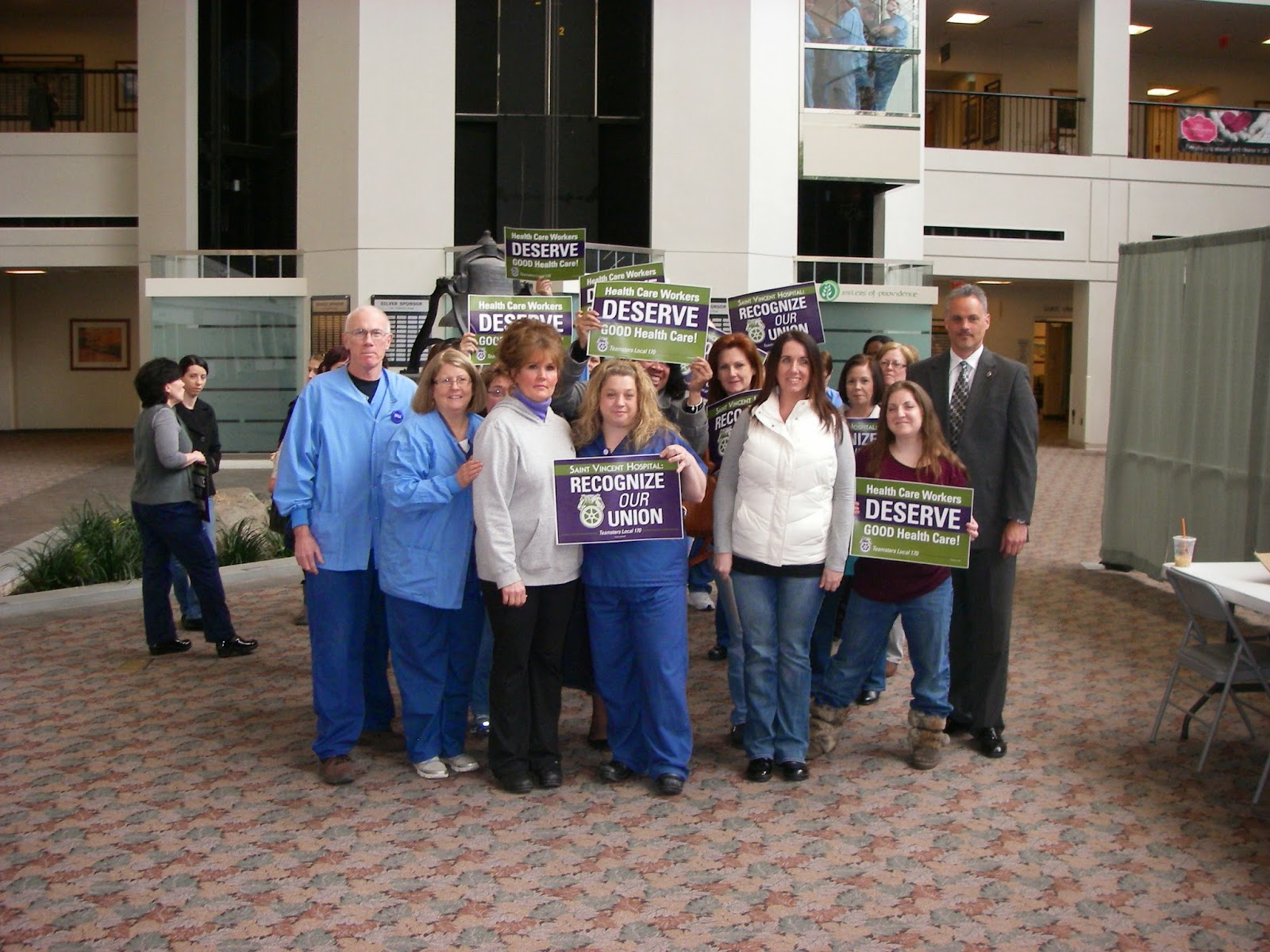 More than 40 hospital tech workers at Saint Vincent Hospital in Worcester, MA marched on the boss yesterday. Holding signs that read "Recognize Our Union" and "Health Care Workers Deserve Good Health Care," the group marched from the hospital atrium to the CEO’s office to present a letter requesting recognition of their chosen union, Teamsters Local 170.

A majority of the more than 200 workers in the unit signed Local 170 authorization cards. But instead of respecting the wishes of its employees, hospital management refused to recognize the union. Local 170 immediately filed for an election with the National Labor Relations Board.

Jennifer Fontaine, who has helped lead her coworkers in the organizing drive, explained on Facebook:


We marched to the CEO'S office with a large group. We had support from our nurses and friends. The secretaries in his office had their jaws on the floor. Our committee member Heather Daniels who made the appointment was ushered into Mr. McLaughlin’s office before he slammed the door in our face. We opened the door and Kim proudly read the demand letter. He stopped her 3/4 of the way in and said he refused to recognize us. Our union head Mike Hogan told the CEO we will see him in 42 days. The CEO said no he wouldn't and Mike stuck HIS hand out and introduced himself. Mike told him to take a good look at us and the CEO said I know some of them. Mike said to the CEO he was going to know us better and we deserve better health care.

The tech workers at Saint Vincent Hospital, who are mostly women, are vital to the hospital’s operations. They perform professional technical work in radiology, surgery, respiratory, pharmacy, sterile processing and other departments.

Check out the video from the workers' action:

Saint Vincent is owned by Tenet Healthcare, which makes more than $15 billion in annual revenue. The hospital’s unionized nurses recently settled a contract with management, retaining their strong health insurance. But the techs like Jennifer and her coworkers are stuck with substandard health insurance which has left many of them buried in medical bills, facing debt and heavy workloads.

The irony of poor health care in a hospital is lost on no one, as the workers said in a statement:


How can health care workers like us be subjected to such terrible health care?


We need to be reinstated with the health care coverage afforded to other union members. We deserve a fair wage and benefits package – and fair staffing levels. We have made this hospital the "premier" success for Tenet – now it’s time for our success.

As Teamsters, we know coming together and standing up to the boss isn’t easy. And it’s especially scary when you don’t have a union contract protecting you. That's why the courage of Saint Vincent workers is so powerful and inspiring.

While workers around the country are under attack, some workers – like the brave hospital workers in Massachusetts – are fighting back. We can’t wait to welcome these future Teamsters to our union! 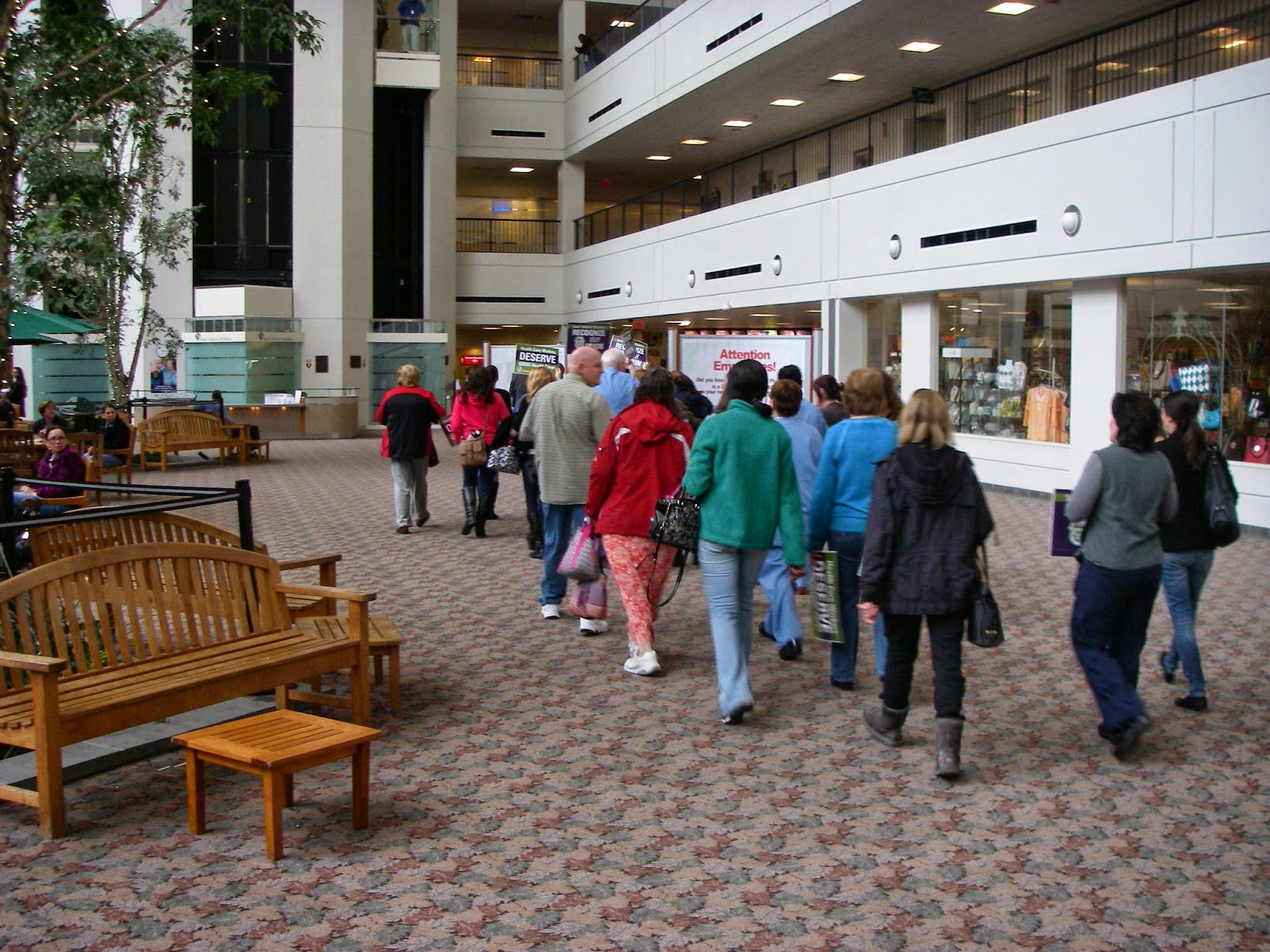 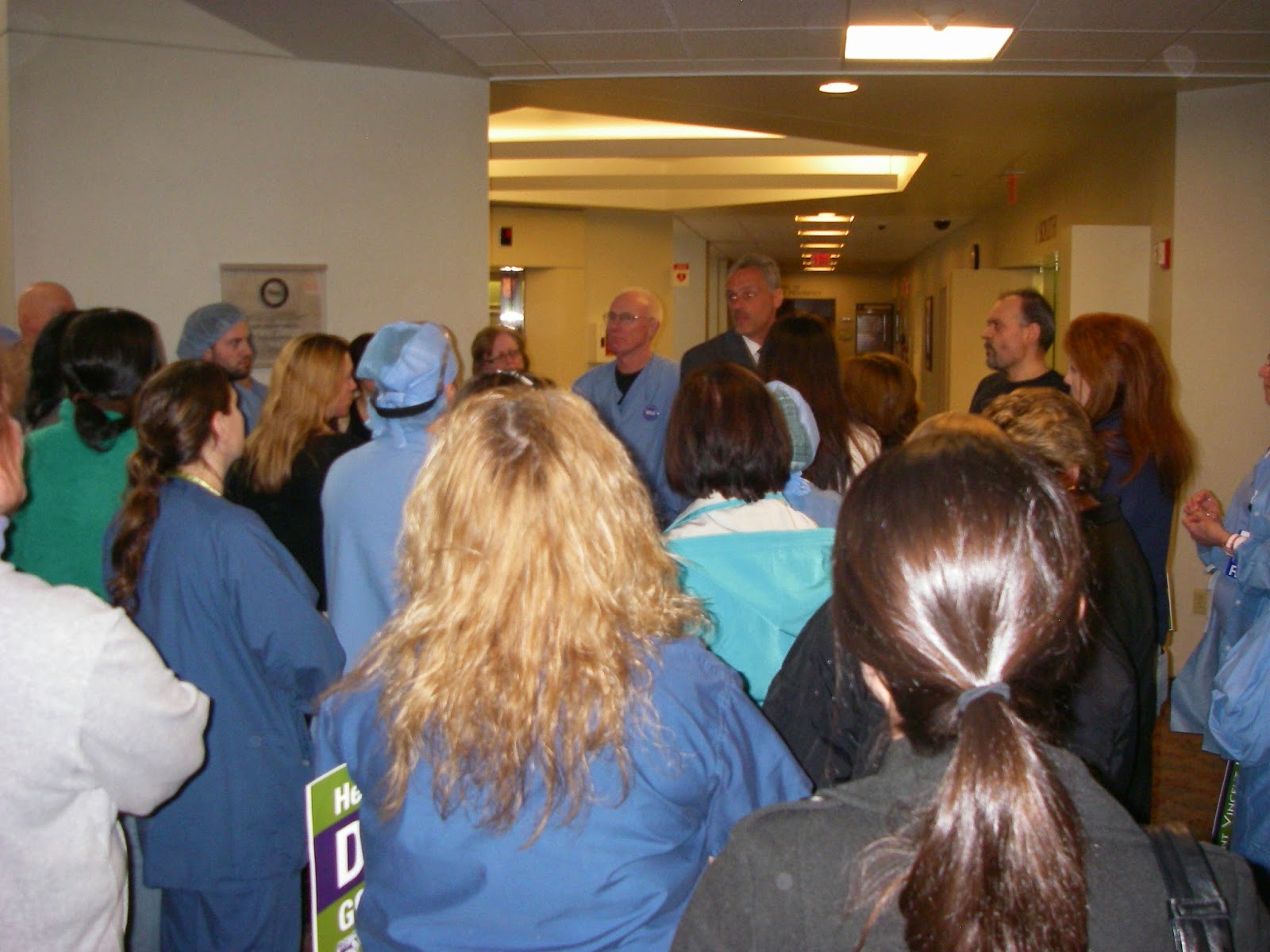 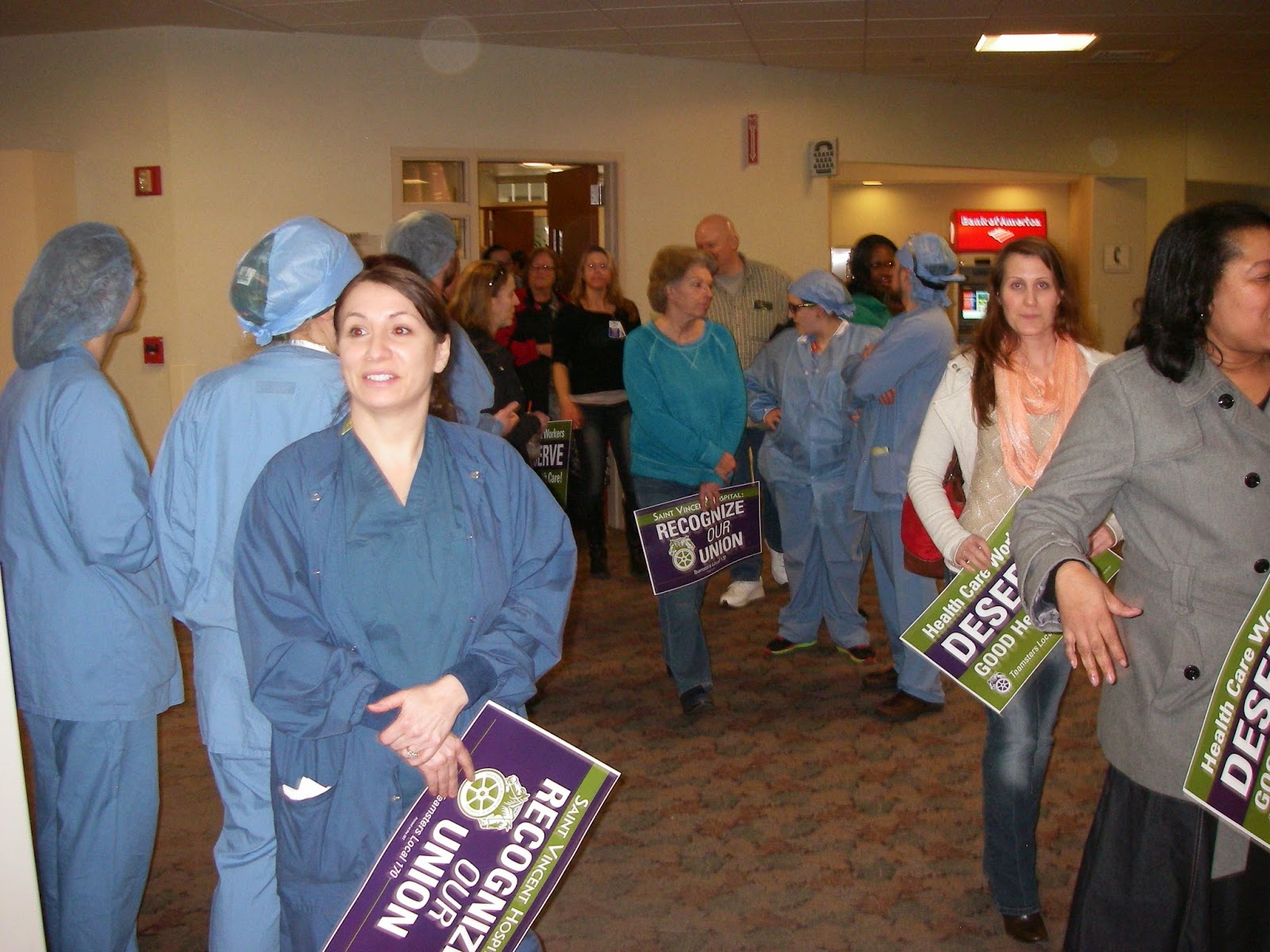