The Teamsters are supporting a bill to expand the safety net for workers who lose their jobs to foreign trade.

Today U.S. Sen. Sherrod Brown of Ohio introduced a bill to expand the Trade Adjustment Assistance (TAA) program so it will help all workers who lose jobs to trade with a foreign country. Some workers haven't gotten the assistance because they lost their job to a country with which the United States does not have a trade deal. Some haven't gotten help because they're service, rather than manufacturing workers.

Brown's bill would change all that. It would include service workers and workers who lose jobs to countries we don't have a trade agreement with.

The Teamsters represent about 230,000 workers in commercial services industries.

Since 1975, about 2 million workers have relied on TAA to make ends meet after they lost their jobs through no fault of their own. They've also gotten the training they need to find a new job.

Brown released the map below, which shows Ohio companies affected by foreign trade whose workers were certified for TAA benefits to help train for new jobs. In the past five years, more than 22,400 Ohio workers got help from TAA. 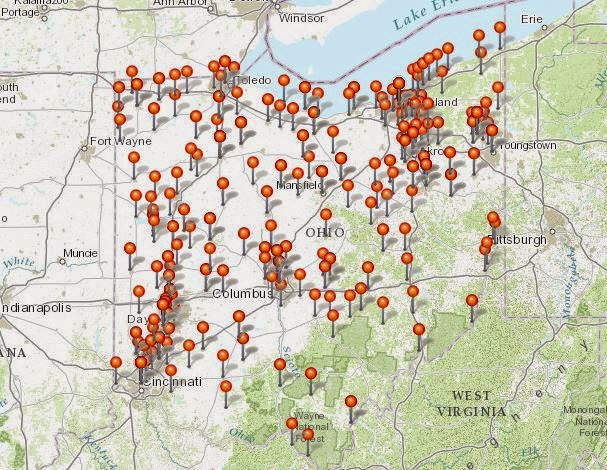 It would be nice if U.S. workers didn't need TAA. But if Congress decides to pass the latest giant job-killers -- TPP, TISA and TTIP -- they will.

Here are some of benefits of TAA in Sen. Brown's bill: