This Teamster steward brought fairness to her yard 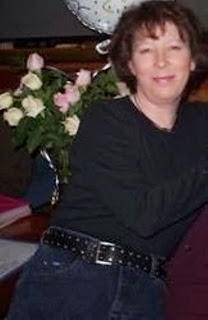 Here's yet another story about a Teamster shop steward who made life better for school bus drivers on the job. Last week we told you about our Teamster brother Clay Morrison, who brought justice for a driver who'd lost his son at the Baumann Bus Co. on Long Island. This week we bring you Kim Hafford, who fought for fairness at Durham in Jacksonville, Fla., and won. Her story appeared in the Fall 2013 issue of the Drive Up Standards newsletter. To see her story and others, check out the newsletter here.

In 1994 when I became a bus driver, I never knew that an organization such as the Teamsters existed. After 14 years and relocating to Jacksonville, Fla., I began working for a private company called Durham.

What a wake-up call I received. There were so many unfair and unsafe practices going on that I almost gave up the job I loved. But once I became active with our Teamsters Local 512 it became apparent that I had a voice, and boy did I use it.

Favoritism was running rampant within the dispatch office at Durham and the supervisors would just look the other way.

Instead of having a rotating charter wheel in order to give every driver a chance to get a charter, dispatch was allowing their friends and sometimes family members to take all the trips they wanted, usually with the most hours. Drivers at the bottom of the seniority list would never receive a trip at all. When an emergency charter became available it usually went to the same driver, sometimes twice in one day. This incident was a wake-up call to my fellow drivers.

I contacted Teamsters Local 512’s business agent, Stewart Cauthan, and he immediately held a stewards election where I became chief steward at our yard. Now under the watchful eye of Teamsters Local 512, charters are being awarded fairly on a weekly basis. No longer are friends of management receiving all the trips. No longer are employees who disagree when they see something unfair or unsafe afraid to speak up.

Durham is no longer treating drivers and attendants as if they have no rights. As one we came together to demand what is rightfully ours: a fair wage, a safe workplace and fair and honest treatment of workers. But most important of all, we became “one voice.”

The voice of all united Teamsters was heard in Jacksonville and I could not be more proud to have been a part of it.