California Teamsters and allies used the power of their numbers last year to defeat Proposition 32, an anti-worker proposal secretly funded by the Benedict Arnold Koch Brothers and other anti-worker billionaires.  Now, California officials are demanding the billionaires' Proposition 32 slush funds pay back all of the money from donors that they refused to identify. 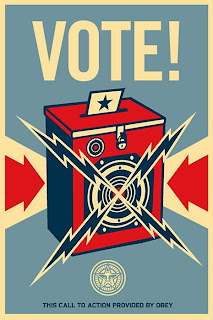 Proposition 32 was written to eliminate union political activities, and workers opposed it across the state. Thanks to Teamster efforts, over 25,000 Californians registered to vote for the first time to defeat the measure.  Several thousand more mobilized to vote down the ballot question. Teamsters General President Jim Hoffa rallied workers to spread awareness about the devastation that the bill would cause. Hoffa said:


Proposition 32 is an attack on union workers by the same anti-union, corporate special interests that have waged war against organized labor across the country.  Everything that Prop. 32 represents must be defeated here and now. If we allow this anti-worker measure to go forward, it could spread across the country, further weakening our middle class.

In November 2012, 56 percent of voters rejected Proposition 32, despite almost $75 million dollars worth of anti-union propaganda spread across the state.

But where did the money come from?

From the Koch network, according to a story today by Dan Morain in the Sacramento Bee. Two Republican operatives cooked up Proposition 32, managed to get it on the ballot and then went looking for the money to broadcast their propaganda. There was plenty of it -- many millions, in fact. The only problem was, the greedy billionaires who contributed didn't want their identities known. And California law requires disclosure of political donations. 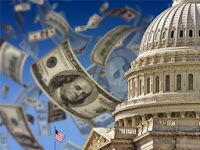 So the two operatives laundered the Koch network money through political funds in Iowa and Arizona called the Center to Protect Patient Rights and Americans for Responsible Leadership. Those two groups donated $15 million to two California groups set up to promote Proposition 32. The Sacramento Bee reported on the good news:


Read more here: http://www.sacbee.com/2013/10/25/5850222/dan-morain.html#mi_rss=Opinion#storylink=cpy
California authorities levied $500,000 fines on the Center to Protect Patient Rights and Americans for Responsible Leadership, both in Arizona and both part of the Koch brothers’ network.

California authorities also want the two California groups to give the state $15 million -- the amount they spent illegally. But as Morain concludes:


The groups probably will avoid paying by ceasing to exist and fading into the woodwork. Such is the way of campaign money in 2013.

Despite the millions of dollars rich extremists were willing to throw at Proposition 32, workers were ultimately able to prevail because they stood united against big business.  When you go to the polls on the 5th, remember that you, with your Teamster brothers and sisters, conquer greedy CEOs and billionaires too.
Posted by Teamster Power at 3:53 PM