Federal judge on voter suppression: Oops, these ARE bad laws 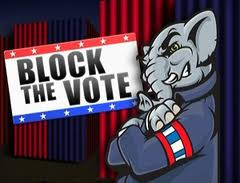 Well that’s pretty obvious. But six years ago Posner didn’t think so. He wrote the majority opinion in a case defending voter suppression laws that use unattainable ID requirements to disenfranchise working-class voters. Posner’s arguments in Crawford v. Marion County Election Board unleashed a wave of strict voter suppression laws in states all over the country.

Now Posner, a Reagan appointee, says he was very wrong:


In a new book, “Reflections on Judging,” Judge Posner, a prolific author who also teaches at the University of Chicago Law School, said, “I plead guilty to having written the majority opinion” in the case. He noted that the Indiana law in the Crawford case is “a type of law now widely regarded as a means of voter suppression rather than of fraud prevention.”

In an interview last week, Posner was asked more bluntly if he had gotten the ruling wrong:


“Yes. Absolutely.” Back in 2007, he said, “there hadn’t been that much activity in the way of voter identification,” and “we weren’t really given strong indications that requiring additional voter identification would actually disenfranchise people entitled to vote.”

In other words, Posner said he didn’t realize how dangerous voter suppression laws could be. But plenty of other people did, including dissenting Judge Terrance Evans:


The dissent by Judge Evans, who died in 2011, began, “Let’s not beat around the bush: The Indiana voter photo ID law is a not-too-thinly-veiled attempt to discourage election-day turnout by certain folks believed to skew Democratic.”

There were many others making the same point. John Nichols at The Nation writes:

Judge Posner should have paid closer attention to the detailed amicus brief filed in 2006 by the Brennan Center for Justice, which explained how the Indiana law threatened to “exclude many eligible voters from participating in our democratic process.”

Because voter ID requirements have been widely criticized as weighing more heavily of specific classes of voters—people of color, students, low-income voters, the elderly—legitimate concerns have been raised about equal protection and a host of other constitutional concerns.

The Crawford case was a gift to Republican extremists and groups like ALEC that have been trying to block likely Democratic voters from the polls for years.

On the heels of the Supreme Court gutting key parts of the Voting Rights Act, extremist lawmakers have aggressively pushed voter suppression laws in states like Texas and North Carolina, citing the Crawford case to justify their schemes. While they claim the laws are aimed at stopping voter fraud, they can barely conceal their real agenda, which is to use poll-tax-like restrictions to rig elections they can’t actually win.

Even though the judge who authored the Crawford decision has now changed his mind, anti-worker radicals who support voter suppression certainly haven’t changed theirs. So the fight for voting rights continues.
Posted by Teamster Power at 2:28 PM