How many Americans does it take to shut down the government? 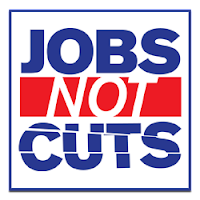 Extremist Republicans claim shutting down the government over their opposition to a law passed three years ago is what the American people want.

That's an interesting theory considering less than 5 percent of the population actually voted for these hostage-takers.


Let's look at the element of the House GOP that supports tying the continuing resolution to fund the government to an un-passable defunding of the Affordable Care Act. Judging by the number of people who signed  freshman Rep. Mark Meadow's (R-N.C.) letter,  81 members of the 233 GOP caucus support this hardcore strategy.

Adding them up, we see that only 13.8 million Americans actually voted for the suicide caucus. That's only 11.7% of the people who voted in a congressional election in 2012, and an absolutely pathetic 4.3% of the U.S. population.

How can such a small percentage of people stack Congress with enough sociopaths to shut down the government? The answer is gerrymandering -- self-serving congressional redistricting that allowed Republicans to get 33 more seats than Democrats in the last election despite getting fewer votes.

And Think Progress reports that Republican gerrymandering makes a quick resolution to the shutdown even more unlikely:


Obama garnered 48.8 percent of the vote or more in just 13 of the 218 other Congressional Districts currently represented by a Republican -- and even if the general public wants the government reopened, there is little political pressure in heavily GOP districts for Republican members to side with President Obama and the Democrats.

With a gerrymandered majority consisting of districts that do not represent the majority of Americans’ viewpoints, House Republicans can keep the government in a shutdown highly insulated from the anger and blame they are receiving.

So when you hear the fanatics in Washington say they're carrying out the will of the American people, remember they're more likely carrying out the will of their heavily gerrymandered districts. They aren't satisfied with the anti-worker sequester cuts they got this year. To them, it's great to tear at the social safety net. But it's better to rip it to pieces and even better to make it look like your opponents are to blame for the crisis.

When that doesn't work the extremists are busy downplaying the crisis altogether. But the shutdown is much more than a few shuttered parks. It's an attack on federal workers, veterans' benefits, vaccine programs, food safety inspections, food assistance for women and children, disability benefits, Head Start programs, financing for small businesses, and tourism.

And it's all thanks to the shrill minority spawned from gerrymandered voting districts -- democracy (and the economy) be damned.
Posted by Teamster Power at 3:26 PM