'Selma,' the epic film that dramatizes voting rights marches in 1965, includes the story of Viola Liuzzo, a civil rights martyr who the Teamsters claim as their own. 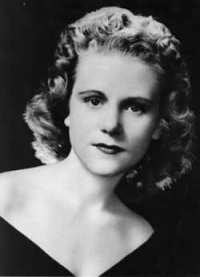 She was the wife of Anthony 'Jim' Liuzzo, a business agent for Teamsters Local 247 in Detroit. At the age of 39 she was murdered in a car on a lonely Alabama highway. She was giving a ride to a 19-year-old black protester, Leroy Moton, during marches from Selma to Montgomery. Three members of the Ku Klux Klan and an undercover FBI agent ambushed her car and shot her to death.

Viola Liuzzo was the mother of five children and a student at Wayne State University. It was from the Wayne State campus that she called her husband and told him she had to go to Selma to help the civil rights marchers. He probably wasn't surprised. Viola passionately supported the civil rights movement, a member of Teamsters DRIVE and the NAACP.

The Teamsters from the beginning supported equality for all members. Watch a video about the Teamsters' involvement with the Civil Rights movement here.

The murder of Viola Liuzzo made international news and helped inspire passage of the Voting Rights Act of 1965.

Liuzzo is portrayed in the film by Tara Ochs. She is first seen seen with her husband in a modest living room watching television. She recoils in horror at the images of Selma marchers being beaten and tear-gassed.


Tara Ochs played Viola Liuzzo. She described the experience in a blog post:


While preparing for the audition for Viola, I did my obligatory actor type research. I found pictures, I wiki'd, I googled. The role in the script was almost non-existent, just a few simple lines from a woman to her husband, telling him she was heading to Selma to participate in the marches. The director, Ava Duvernay, essentially rewrote the script, and in the process fought to make women a more vital part of the story - hence Viola's inclusion. The script didn't say much more about Viola, just how she was there, and then murdered, so I had to make quite a few of my own choices. I started digging. The deeper I got into Viola's story, the more overwhelmed I became. We only get a glimpse of her courageous existence in the film, but beneath that is an ocean of pain and bravery that I was stunned to find. I want to tell you the whole story, but it would take one hundred blog posts, a film, a field trip, and a tattoo. Because Viola's life isn't just her own. It is her children's, it is a movement's, a race's, a gender's, a conspiracy laden miasma of buried truths, disseminated misinformation and resentful failures on the part of people who should have known better.

Ochs went to the marker on Highway 80 where Viola Liuzzo was killed.


...it is incredibly difficult to spot. I drove past it four times before I finally arrived at a lonely, fenced in granite marker at the top of a hill off the highway in Lowndes County, Alabama. It was 3 in the afternoon, 100 degrees and cloudless. I parked the car and stepped into the enclosure. Old plastic flower wreaths were shattered and scattered about, from weather and time, and grass overtaking the stone covered mound was a testament to how few know who Viola was. I stayed at this place for an hour. I spent most of the time pulling weeds and rearranging the old flowers, talking out loud to no one at all. Well, to Viola, I guess. I told her I was sorry. It should have been Meryl Streep. It should have been Cate Blanchett. I wasn't sure why they hadn't called yet to tell me I was fired, that Kate Winslet would be taking over. Because Viola deserved that - the greatest actress in the world. She has deserved so much that she hasn't received, as does her family. I asked her how she had the courage to do what she did - leave a family that she loved, travel hundreds of miles alone, in spite of what society told her women, wives and mothers 'should' be doing and fight so fearlessly for what she believed in. It seemed super-heroic. That day, at Viola's marker, I received a simple answer. What Viola Liuzzo and thousands of others did in 1965 wasn't an example of superhuman courage, unique and godlike motivation or power. They were all just people.

And Ochs has a suggestion for anyone who visits her marker: bring fresh flowers and weedkiller.

By the way 'Selma' isn't the first production to include the story of Viola Liuzzo. Harriet Karr played her in the 1978 TV miniseries 'King.' Maybe someday there'll be a whole film about her story.