Franken: Put Citizens United in the dumpster of bad ideas 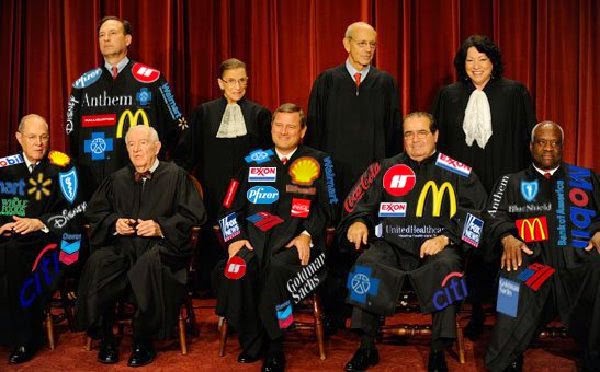 January 20 marks the fifth anniversary of the Supreme Court's Citizens United decision, which declared corporations are people and can spend as much as they want to influence elections.

The corporate purchase of many, many politicians soon followed. And now we see them checking off items on the corporate wish list. Right-to-work laws were passed in states and, in Kentucky, even in counties. Congress attacked Social Security on Day One of the 2015 session. Corporate-owned schools are replacing public schools at a sickening pace.

U.S. Sen. Al Franken published a terrific blog post about his dismay over Citizens United. In it, the Minnesota senator calls Citizens United one of the worst decisions ever by the Supreme Court:


It created just the kind of opportunity special interest groups and shadowy billionaires had been hoping for – a legal way to funnel tens, even hundreds of millions of dollars into American elections. And in many cases, the actors are completely anonymous.

The Supreme Court based its decision on the idea that spending by outside groups, including corporations, will not and cannot give rise to corruption — or even to the appearance of corruption. The Court shred decades of established law with that conclusion. And follow-up cases like SpeechNow.org v. FEC and McCutcheon v. FEC have led us even further down the unlimited-corporate-spending rabbit hole.

It’s been five years. In those five years, we’ve seen our elections get nastier, and we’ve watched the American people slide from skepticism of Washington to outright contempt.

And I think they have every right to be upset — corporations pour money into politics, and the policy discussion takes a decidedly pro-corporate tilt, while the voices of middle class families are drowned out. If that’s not corruption, or at least the appearance of corruption, then I don’t know what is.

As long as Citizens United remains on the books, any campaign finance reforms will be half-measures. We will be lopping off the leaves of the weed, while its roots sink deeper and deeper.