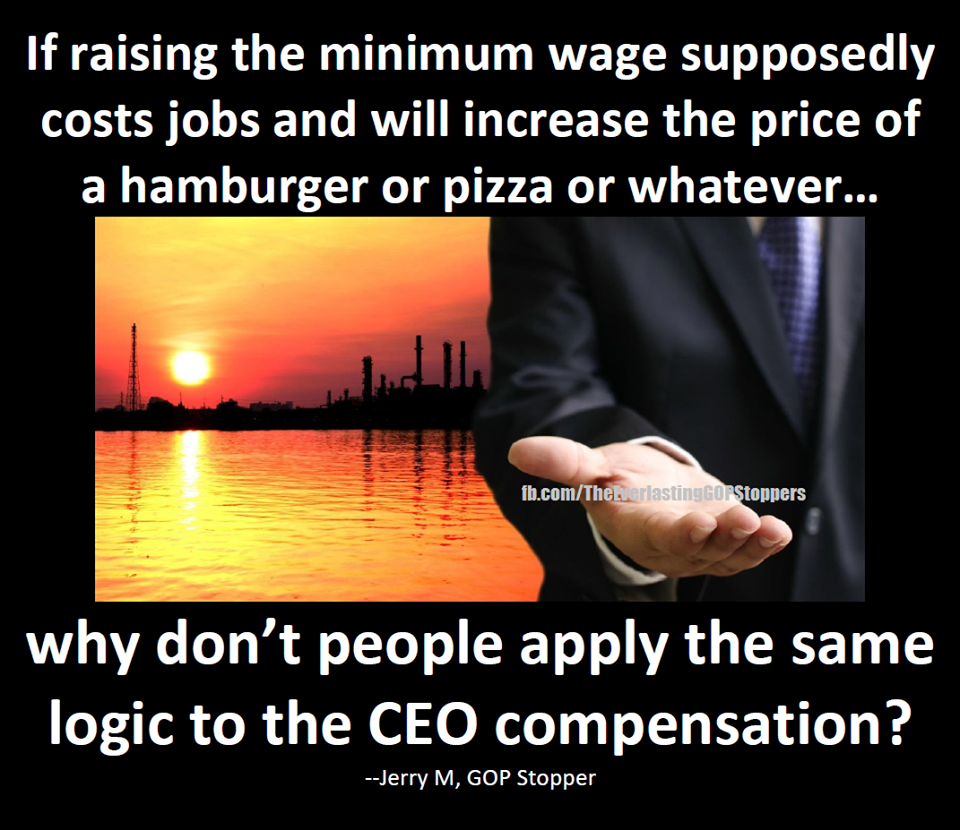 The U.S. Chamber of Commerce doesn't think companies should have to reveal the gap between their CEO and their workers.

The Chamber has no business calling itself 'U.S.' because it's a front group for multinationals and a money laundering operation for foreigners who want to influence our elections.

The Chamber opposes the SEC's proposed rule to require companies to reveal the gap between CEO pay and workers' pay. The Chamber says it will cost too much money. That just isn't true.

The fact is that exposing the pay gap can warn investors that a CEO is looting the corporation he's supposed to protect.

The Teamsters strongly support the SEC's proposed rule on CEO pay. Teamsters General Secretary-Treasurer Ken Hall says the rule will help solve the problem of excessive CEO pay, which harms our funds’ investments, the sustainability of U.S. corporations and the employment and retirement security of Teamster members.

Teamsters know firsthand what happens when the disparity between worker pay and CEO pay is too great. At McKesson, CEO John Hammergren took home more than $50 million last year and has a pension of $114 million. All that for steering the company into nearly $1 billion in legal settlements for price-fixing and Medicaid fraud.

Meanwhile, the company is paying its workers so little in its Lakeland, Fla., warehouse that they can't afford health care benefits.

That's a gap that needs to be exposed.
Posted by Teamster Power at 10:30 AM