This is what we union THUGGS do on our weekends 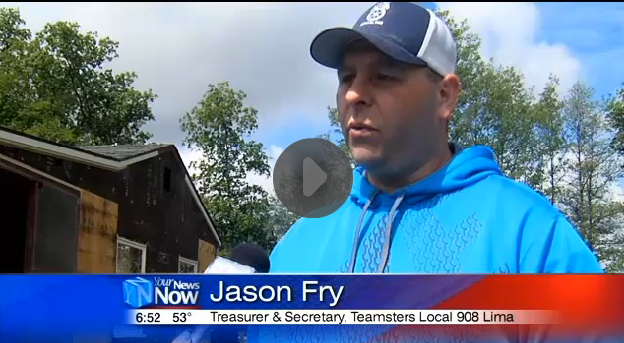 We renovate a building for Camp Robin Rogers, a Spencerville, Ohio, camp to enrich children with disabilities.

Teamsters Local 908 in Lima, Ohio, is working with Carpenters Local 372 and the United Way to fix up a camp building damaged over the winter by the elements and an intrusive raccoon.

Brother Jason Fry, secretary-treasurer of Local 908, said the Teamsters want to give back to their community:


The United Way has been doing this Extreme Community Makeover for the previous six years and there's been a number of corporations like Husky, Potash, The Arc. We're getting the labor end of the spectrum now. It's a great program and we've partnered up with Camp Robin Rogers. There are a number of projects that we'll probably be coming back to do in the next couple years.

Props to our brothers and sisters in Ohio who spend their free time trying to make their community a better place!

And remember, 'THUGGs' stands for 'Those Helpful Union Guys and Gals.