What a week for our brothers and sisters in Teamsters Joint Council 7 in Northern California. Within the past seven days, more than 450 Teamsters lobbied for a pro-worker bill at the capital, joined striking fast-food workers on the picket line in Oakland, packed a meeting in Tracy to tell public officials about horror stories at Taylor Farms, kicked off a political organizing rally in the Central Valley and walked precincts for pro-worker candidates in the Bay Area.

Wednesday
Over 50 Teamsters and Taylor Farms workers hit the Capitol to lobby for AB 1897, a bill by Assembly Labor and Employment Committee Chair Roger Hernandez that will hold companies accountable for wage theft and other abuses when they use staffing agencies and other contractors who break the law.  We joined the California Labor Federation, UNITE HERE Local 11, and UFCW Local 5.

Roughly 900 Latino workers at Taylor Farms in Tracy  are organizing with Teamsters Local 601.  Over 2/3rds work for two temporary agencies, although some workers have been there for over 10 years as so-called "temps"!  When workers are injured, have wage claims, or other issues the temporary agencies and Taylor Farms both point fingers at the other one, denying responsibility.  AB 1897 would fix that.

Teamsters Local 601 led a delegation of Taylor Farms workers throughout the Capitol, earning support for the campaign and legislation.

The lobby day was highlighted by the California Labor Federation in their blog Labor's Edge.

Thursday
Taylor Farms workers leave Tracy at 4:30 to join striking McDonald's workers on the picket line at 6 am in Oakland. Taylor Farms supplies McDonald's, Subway, Chipotle, and other fast food chains with produce. 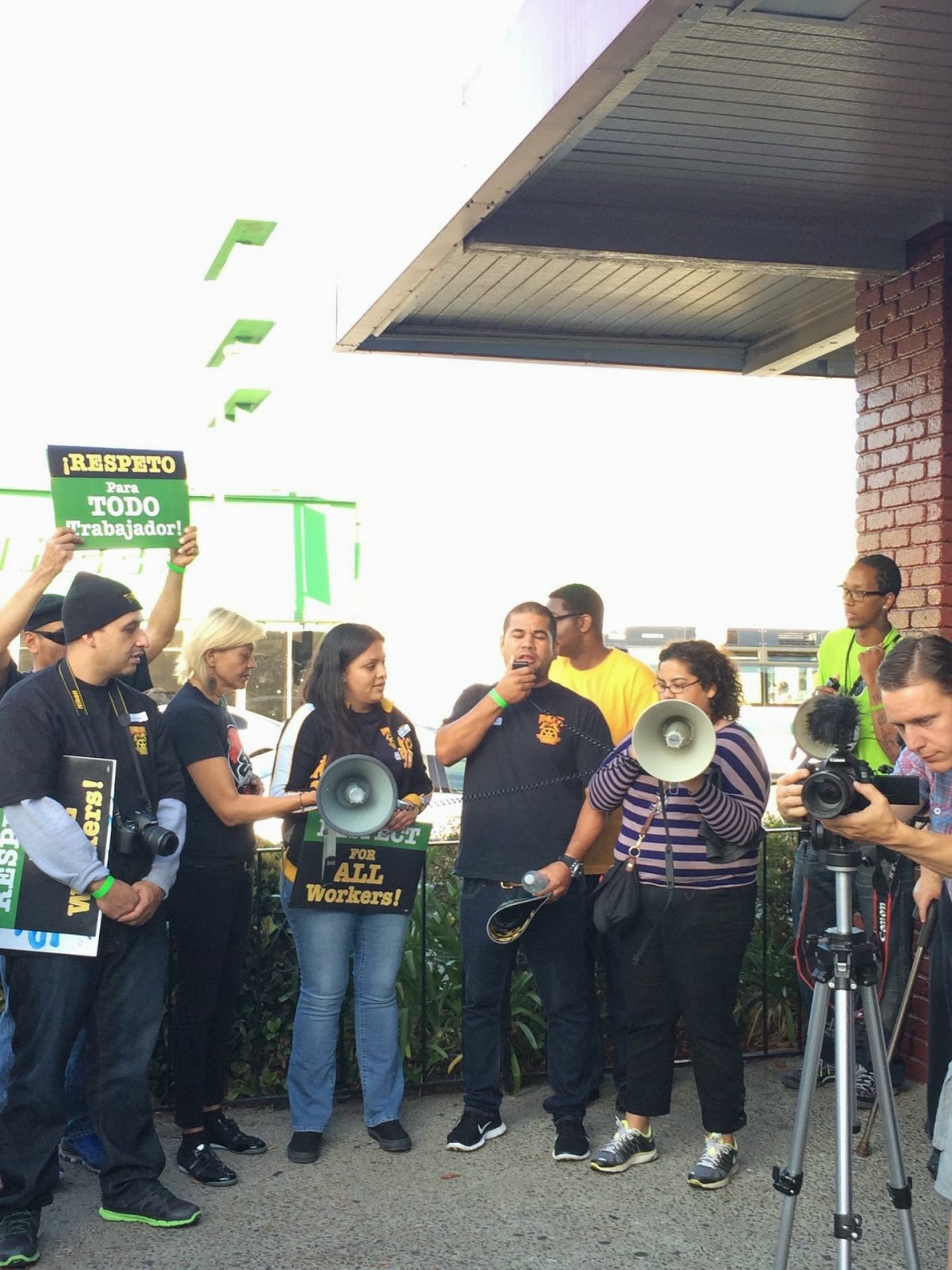 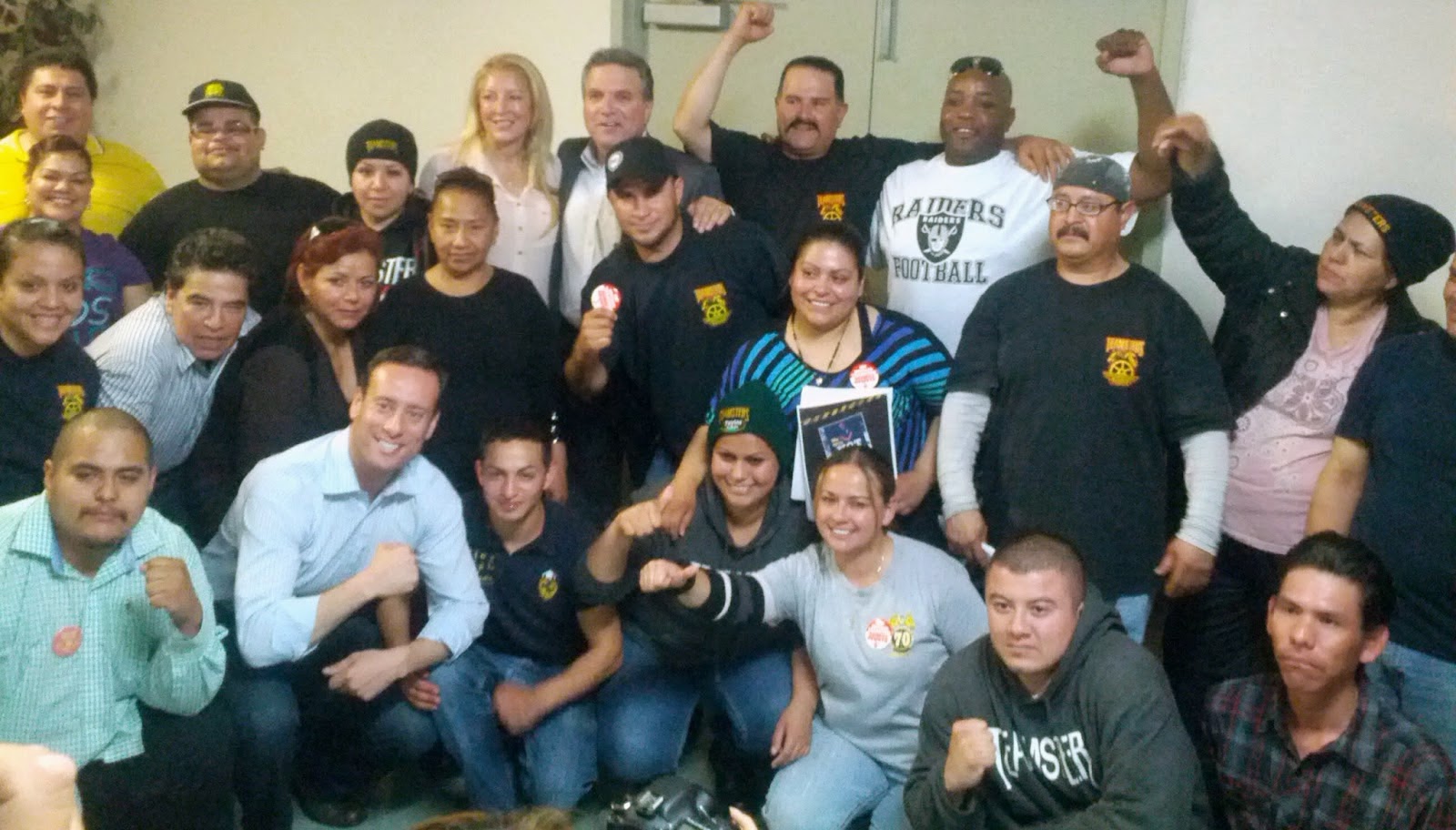 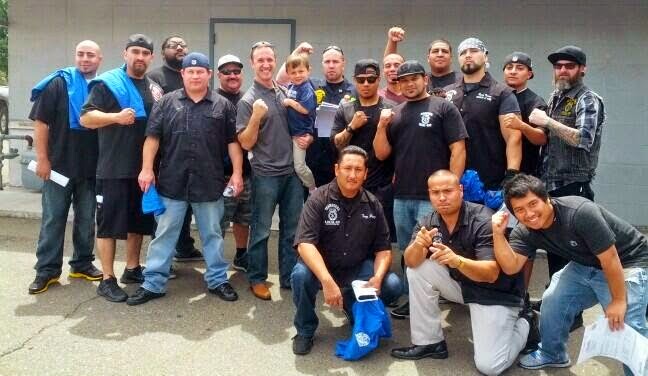 At the same time, over 20 shop stewards from Teamsters Local 386 were meeting in Modesto.

And back in the Bay Area, 20 Teamsters from Locals 70, 315, and 856 walked precincts for Tim Sbranti in his race against Steve Glazer for Assembly District 16. Sbrant is a long-time friend of workers, while Glazer is running on a platform of banning the right for transit employees to strike.  Teamsters 665 members were also walking precincts in the 10th Assembly District against incumbent Assemblymember Marc Levine. 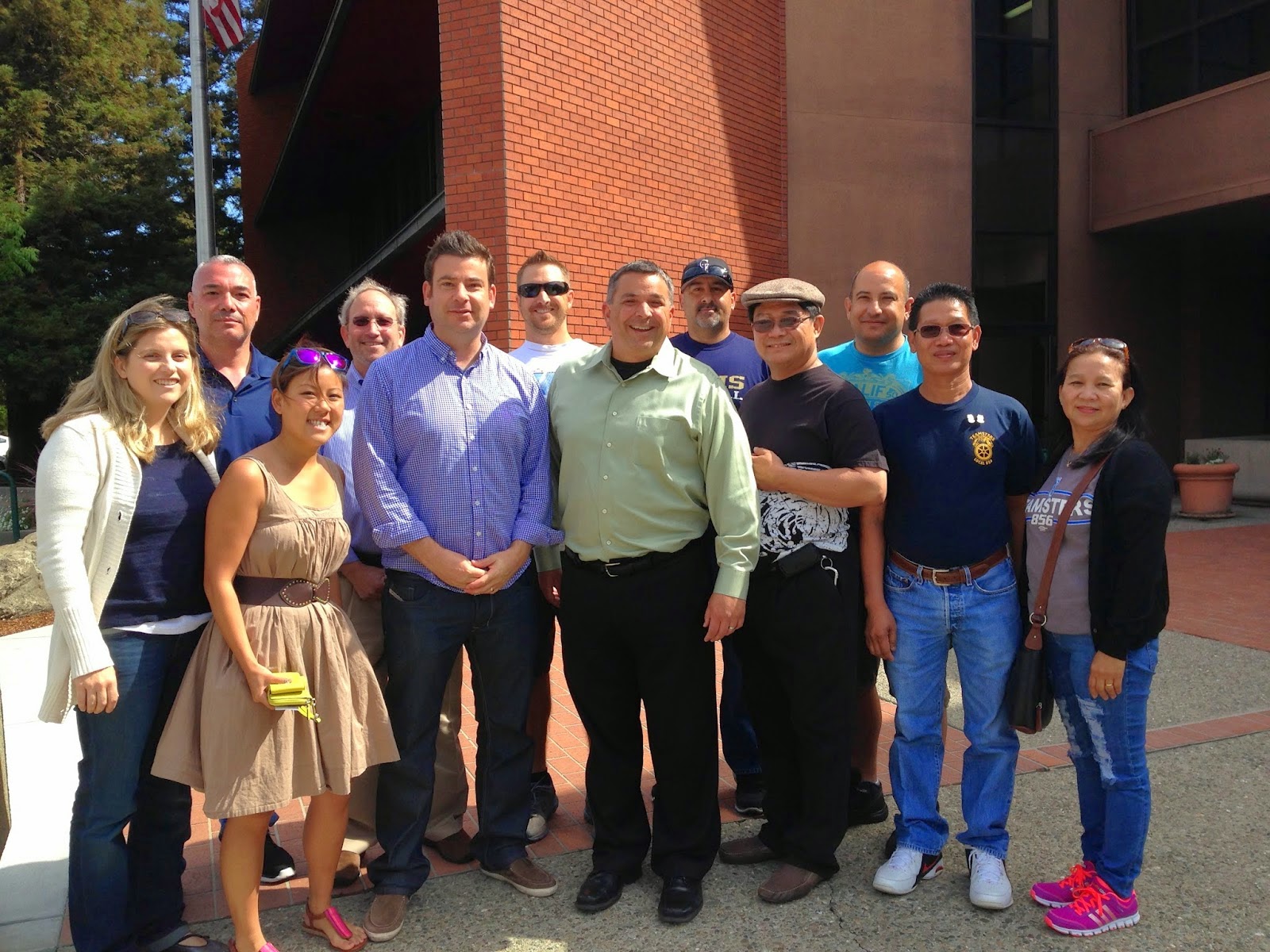 We are gearing up for even larger events in June.  When Teamsters take action, we win!