Banks hate the CFPB, and now House Republicans are trying to weaken it 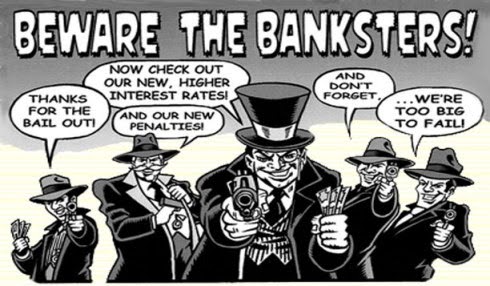 ,br /> A new public database that lists customer complaints about the way banks treat them is threatening to force banks to clean up their act -- and the banks don't like it one little bit.

The Consumer Financial Protection Bureau manages the database (you can see if your bank is on it here). The American Banker reported last year that consumers are now banks' biggest regulatory threat -- because of the database:

CFPB officials have aggressively urged consumers to file a complaint on the agency's public database, which has swelled to more than 200,000 complaints since going live in March. The agency uses that data to determine where it will focus its attention next, including both what regulations it writes and enforcement actions it takes against individual institutions.

As a result, some observers said banks need to realize that the best way to avoid the added attention or an enforcement action derived from complaints is by making it easier for customers to resolve the issue with the institution first. That includes improving the visibility of their complaint-taking systems and attempting to address problems quickly before a customer seeks out regulators for help.
"All of the [banking] agencies are looking at complaints much more intensely," said Ed Kramer, executive vice president of regulatory affairs at Wolters Kluwer Financial Services.

That's why House Republicans are doing the banks' bidding and trying to cripple the Consumer Financial Protection Bureau. Today, the House House Subcommittee on Financial Institutions and Consumer Credit today heard testimony on 11 bills that weaken the CFPB's authority, subject it to regulatory burdens and possible litigation.

Here are some more reasons why the banks hate the CFPB: