Another Apple factory in China exposed for worker abuse 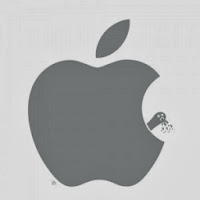 New abuses by an Apple Chinese supplier are coming to light by a group called Students and Scholars Against Corporate Misbehavior (SACOM). SACOM first exposed how Apple's contractor Foxconn forced hundreds of thousands of employees to labor under grueling conditions, causing a wave of suicides.

Ross Eisenbery at the Economic Policy Institute tells us:


SACOM has regularly revealed Apple’s failure to abide by its so-called code of conduct, and along with another watchdog group, China Labor Watch, has monitored Apple’s failure to live up to its announced intention to clean up sweatshop conditions at its factories in China and to stop the use of indentured student labor.

SACOM's most recent investigation reveals horrific labor conditions inside Biel Crystal in Huizhou, Guangdong. The factory produces the touch screens and camera glass covers that go into Iphones. Here's what SACOM found:
SACOM demands Biel Crystal allow workers to form their own union, to enroll them in the social security system, to pay a living wage and to spell out clearly terms of employment before workers sign it.

SACOM also puts responsibility on Apple to pressure Biel Crystal to clean up its act.

Posted by Teamster Power at 8:31 AM