NLRB win for Teamsters is a victory for millions

The Teamsters were at the forefront of a significant victory for workers last week. And the decision by the National Labor Relations Board (NLRB) could provide a voice for millions of additional Americans. 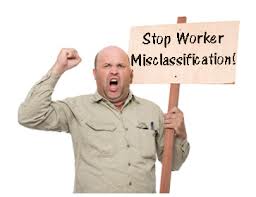 As part of the NLRB's "joint employer" ruling, employers that rely on temporary or contracted workers can now be held accountable for the actions of the firms they use to oversee workers.The ruling will have a significant impact on how franchisers like McDonald's and other mostly low-income employers do business.


This decision will make a tremendous difference for workers' rights on the job. Employers will no longer be able to shift responsibility for their workers and hide behind loopholes to prevent workers from organizing or engaging in collective bargaining. This is a victory for workers across America.

The NLRB ruling resulted from a 2013 case brought by Local 350 in Daly City, Calif. against Browning-Ferris, a waste management company that is owned by Republic Services -- the second-largest waste services company in the U.S. The union maintained that Republic had control over wage and working conditions for its workers employed through Leadpoint Services, a staffing agency, and counted as a joint employer with that agency.

The Teamsters have repeatedly fought against employers shifting responsibility of their workforce, whether through misclassification at companies like FedEx, at our nation's ports or through the use of staffing agencies in the food processing industry at companies like Taylor Farms.

It's time for corporations to realize that mistreatment in the workplace is not acceptable. The NLRB's decision will give more workers the ability to stand up for their rights and to be able to rely on unions to advocate for their jobs. That's real justice for everyday Americans.
Posted by Teamster Power at 1:29 PM