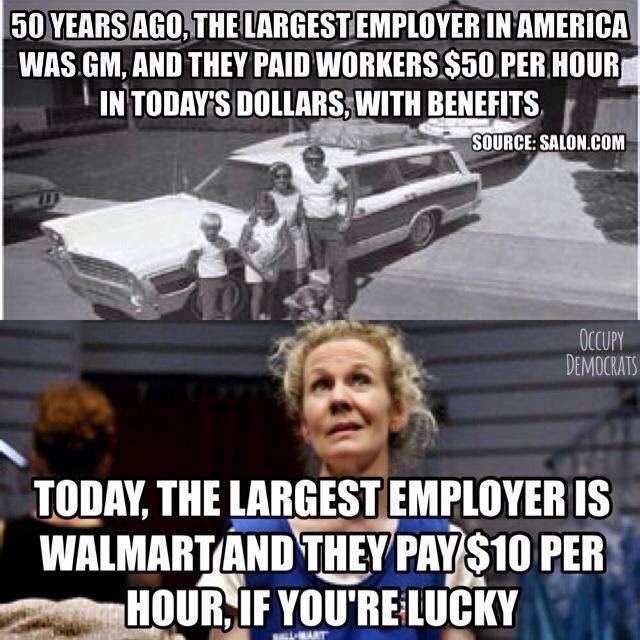 Walmart spends a lot of money trying to clean up its image, which right now is as soiled as the floor in a Walmart produce section. You hear a lot of corporate spin from the largest employer in the United States, but pretty much all of it is false.

Our friends at the Center for Media and Democracy just launched a new website that fact checks Walmart's claims in its advertisements and statements.

Said Lisa Graves, executive director of the Center for Media and Democracy:


Walmart likes to say it is committed to supporting families, communities, and our economy, but the facts often tell a different story.

They sure do. Here's a sample:


We've committed $2 billion to fight hunger in the U.S.


Subsidies and tax breaks for Walmart and the Walton family cost taxpayers approximately $7.8 billion per year, including about $6.2 billion in assistance to Walmart workers due to low wages and inadequate benefits, according to Americans for Tax Fairness.


"We put the needs of our customers above our own."


Walmart was ranked last among 55 supermarkets in a 2014 survey of 27,000 Consumer Reports subscribers.


"We're working toward three aspirational sustainability goals: to be supplied 100% by renewable energy, to create zero waste and to sell products that sustain people and the environment."


Walmart’s self-reported greenhouse gas emissions have grown 14 percent since 2005 – the year the company launched its “sustainability” campaign. Each of Walmart's 3,200 supercenters uses as much energy as nearly 1,100 homes, according to the Sierra Club.