Teamsters Get Out the Vote in Wisconsin 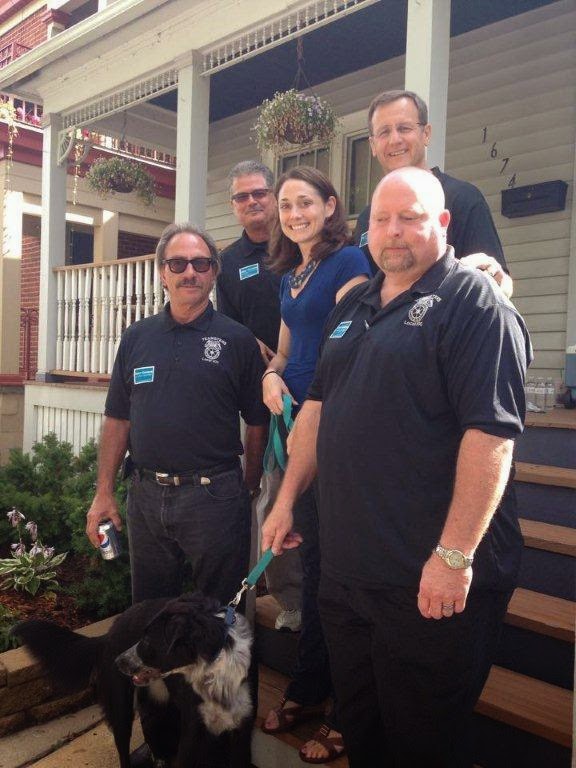 Midterm elections matter more than ever, and Wisconsin Teamsters already have their boots on the ground getting out the vote. Above, Teamsters Local 200 Secretary-Treasurer Tom Millonzi, along with business agents Mike Gurich, Tom Benvenuto and Jeff Bandur, get out the vote for Sara Geenen for Wisconsin State Assembly this morning in the Milwaukee area.

Tomorrow is Wisconsin's primary election, and Wisconsin is a case study in why the upcoming general elections are so important. Voters are angry and discouraged and inclined to stay away from the polls, but that is exactly the wrong thing to do.

Voters were angry and discouraged in 2010, when Scott Walker and a majority of Republican lawmakers won in Wisconsin. The result was devastating to working families in Wisconsin.

Walker weakened workers' rights, lowered wages for public service workers, cut education spending, canceled a high-speed rail project and privatized Wisconsin's economic development agency. The result? Wisconsin has the worst performing economy in the region and one of the worst in the country.


Finally, no description of the failed experiments of conservative governors is complete without noting the sad record of Wisconsin’s Scott Walker, who went to great and campaign-finance-law-stretching lengths to gain and hold his office. He promised that his agenda would deliver economic growth and bountiful new jobs; the reality has fallen far short. As Marc Levine writes, not only have Walker’s policies not delivered the 250,000 jobs he claimed they would, they may have actually held back job growth in the state, as Wisconsin’s economy falls behind those of its neighbors.

The story was the same in other states where extremist, anti-worker candidates won office in 2010. Kansas, for example, is in serious trouble.


Kansas is now hundreds of millions of dollars short in revenue collection, its job growth has lagged the rest of the nation, and Moody's has cut the state's bond rating. ‘Governor Brownback came in here with an agenda to reduce the size of government, reduce taxes, and create a great economic boom,’ says University of Kansas professor Burdett Loomis. ‘Now there's been a dramatic decline in revenues, no great increase in economic activity, and we've got red ink until the cows come home.’

In Minnesota, Republicans trying to toss out progressive, Democratic Gov. Mark Dayton say they'll emulate Walker. Bad idea. According to The Cap Times, Minnesota's economy is leading the region and the nation:
So get out there and vote!