Campbell Brown, once a CNN news reader, is now trying to bust teachers unions and turn public schools over to Wall Street. 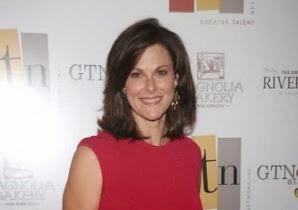 She recently appeared on The Colbert Report to talk about her new group, 'Partnership for Educational Justice. She pretended the group was just 'helping' New York parents eliminate tenure, something she knows very little about. Her New York legal challenge follows the Vergara decision in California. According to education historian Diane Ravitch,


The plaintiffs argued that poor and minority children suffered because they had ineffective teachers who could not be fired. Lawyers for the teachers unions maintained that the causes of low performance were poverty and inadequate school funding. The plaintiffs prevailed and promised to take their cause to other states with strong teacher job protections, like New Jersey and New York.

The NEA was not pleased:


The lawsuit was brought by deep-pocketed corporate special interests intent on driving a corporate agenda geared toward privatizing public education and attacking educators.

Anyhoo, Campbell Brown had a rough time of it on the Colbert show, refusing to answer Colbert's questions about who was funding her group. She said she couldn’t say because she had to protect them -- perhaps from the moms outside the studio holding handmade signs.

Here's the reason she couldn't say whose backing her, compliments of Charles Pierce at Esquire:


Quite simply, Campbell Brown is not in this for the kids. She's running a con on behalf of some pretty shady people.

(One of those shady people is Paul Singer, a hedge fund manager who profits off poor indebted countries. For example, he bought $400 million in debt from the Congo for $11 million and was repaid $127 million. He did the same in Peru and Argentina. He is not interested in helping poor people.)


Here's the Board of Directors. I see a powerhouse lawyer, a private equity cowboy, and three people who are already experienced in the school "reform" movement, one of whom once worked the beat for all-around union-buster Chris Christie. (And Howard Fuller's institute at my alma mater is heavily financed by the Bradley and Walton Foundations, both huge reservoirs of wingnut welfare.) I do not see any actual teachers, unless you count Brown's year of teaching English to the Czechs. One can extrapolate from this that the corporate backers of this latest scheme are even less connected to actual education.

Pierce observes that Brown is stepping into the shoes of disgraced education 'reformer' Michelle Rhee:


She ... spent a year teaching English in Czechoslovakia, which I guess qualifies her for her current job, being a public spokesperson for the latest attempt to privatize American public education, Michelle (Big Grift) Rhee having apparently run her course as the rake in this long con, what with the cheating scandal and the big salary and all that sweet corporate sugar. The make-education-a-business scamsters needed a new face for the operation. Enter Campbell Brown, B.A. in political science, and professional communicator.