Walmart mismanagement: Does it sound like a place where you work? 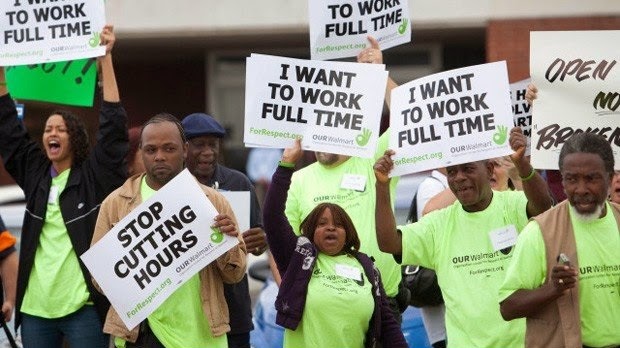 Walmart has an outsize impact on the U.S. economy as it depresses wages, increases the trade gap with China and destroys locally-owned competitors. The way it treats its workers may have also spread.

Consider this story from the peerless Hamilton Nolan at Gawker. Nolan received a memo from an Oklahoma Walmart manager who described how the company pitted him against low-income employees.

Here are some of the lowlights:
Does this sound like someplace you work?

Posted by Teamster Power at 4:13 PM