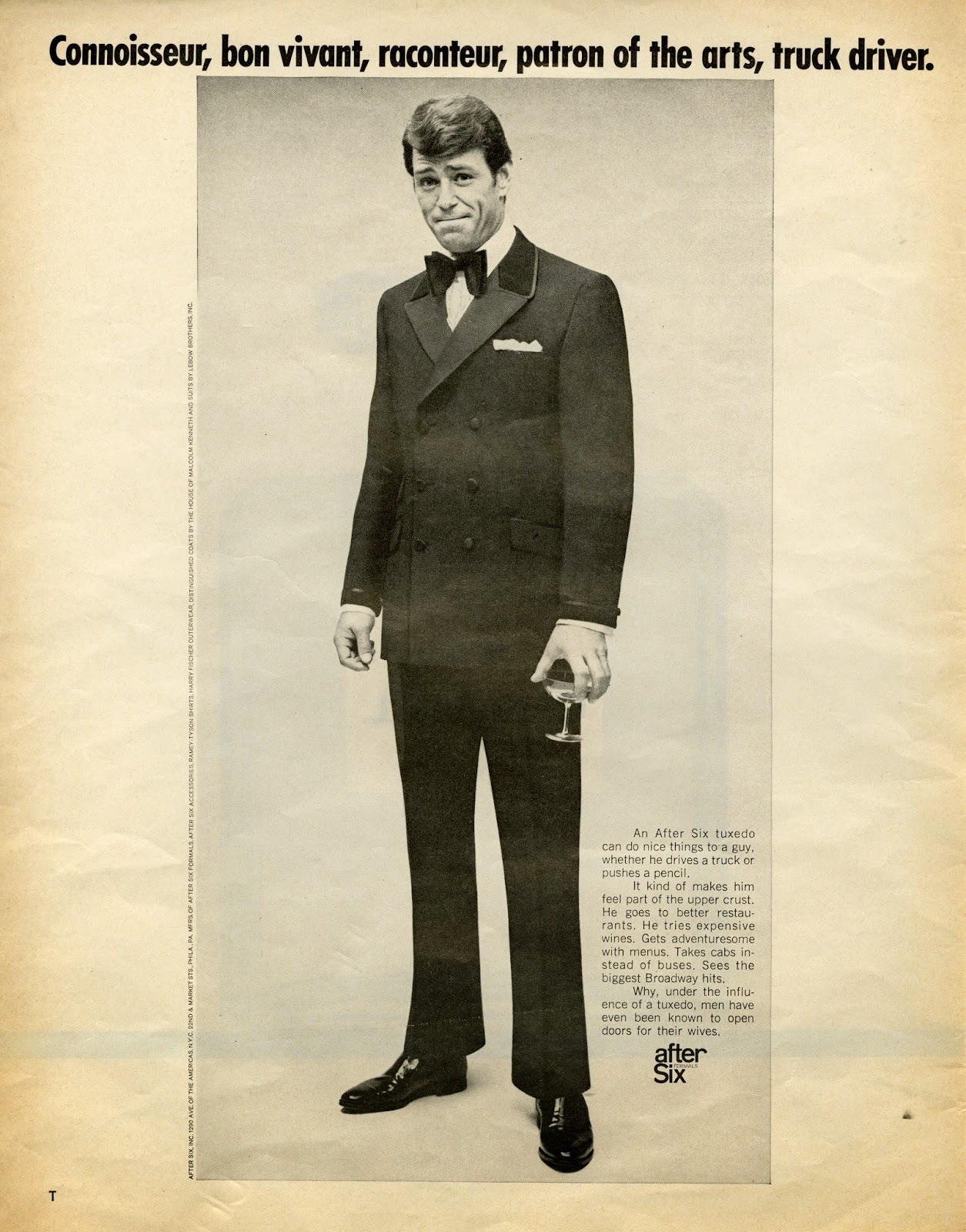 An After Six tuxedo can do nice things to a guy, whether he drives a truck or pushes a pencil.

It kind of makes him feel part of the upper crust. He goes to better restaurants. He tries expensive wines. Gets adventuresome with menus. Takes cabs instead of buses. Sees the biggest Broadway hits.

Why, under the influence of a tuxedo, men have even been known to open doors for their wives.

That's the ad copy on this vintage 1969 After Six tuxedo ad. We found it in our files, and we've been told he's a Teamster by some of our retirees.

The ad ran five years after Jimmy Hoffa's greatest achievement: The National Master Freight Agreement. The NMFA covered 400,000 union members and 16,000 carriers.  It raised wages, improved working conditions and increased pension and health care benefits. The New York Times called it “one of the most significant labor developments of the post-war period.”

As the New York Times pointed out in April:


The American middle class, long the most affluent in the world, has lost that distinction...

While the wealthiest Americans are outpacing many of their global peers, a New York Times analysis shows that across the lower- and middle-income tiers, citizens of other advanced countries have received considerably larger raises over the last three decades.

After-tax middle-class incomes in Canada — substantially behind in 2000 — now appear to be higher than in the United States. The poor in much of Europe earn more than poor Americans...

One big reason for our declining middle class: Companies are giving more of their wealth to CEOs and much less of it to their workers.