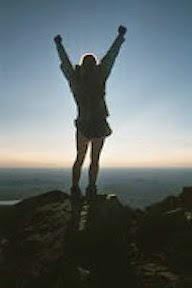 In a big victory for workers, the Missouri Legislature ended its session this evening without putting right-to-work or Paycheck Deception on the ballot. Lawmakers from both parties opposed the anti-worker measures pushed by out-of-state millionaires, billionaires and ALEC.

Both were a top priority of Missouri House Speaker Tim Jones and a small group of lobbyists from Washington D.C. Jones billed “Paycheck Protection” legislation as another way to “skin the cat” to make Missouri a “Right to Work” state.

Jones' goal was to impress shadowy Washington D.C. groups with plenty of money to donate to his potential run for statewide office. Jones tried to hand control of Missouri's Statehouse over to one of America's most prominent corporate shills. It was only the strong bipartisan opposition to these anti-worker bills that prevented such a takeover.

This is a significant victory but there isn't much time to celebrate. “Right to Work” and Paycheck Deception bills are expected back in Missouri. The next session will begin January 2015. This is a good time to redouble efforts to get involved to help elect legislators who support working families.