This is what happens when workers' wages fall...

...they quit buying things in stores.

Here's a chart that shows how median household income has fallen since 2000: 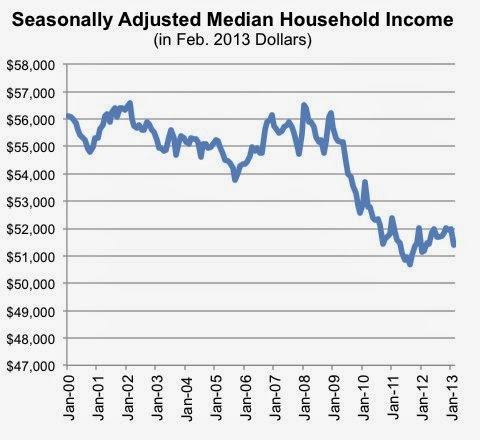 That means retail chains aren't selling as much as they expected -- by the biggest margins in 13 years, according to Bloomberg:


Most retail segments are showing profit declines, with department stores, teen-apparel chains and home-furnishing stores faring the worst, Retail Metrics said. About 41 percent of retailers have missed estimates, while 45 percent have beat.

That may be optimistic, since most of the jobs being created only pay low wages.