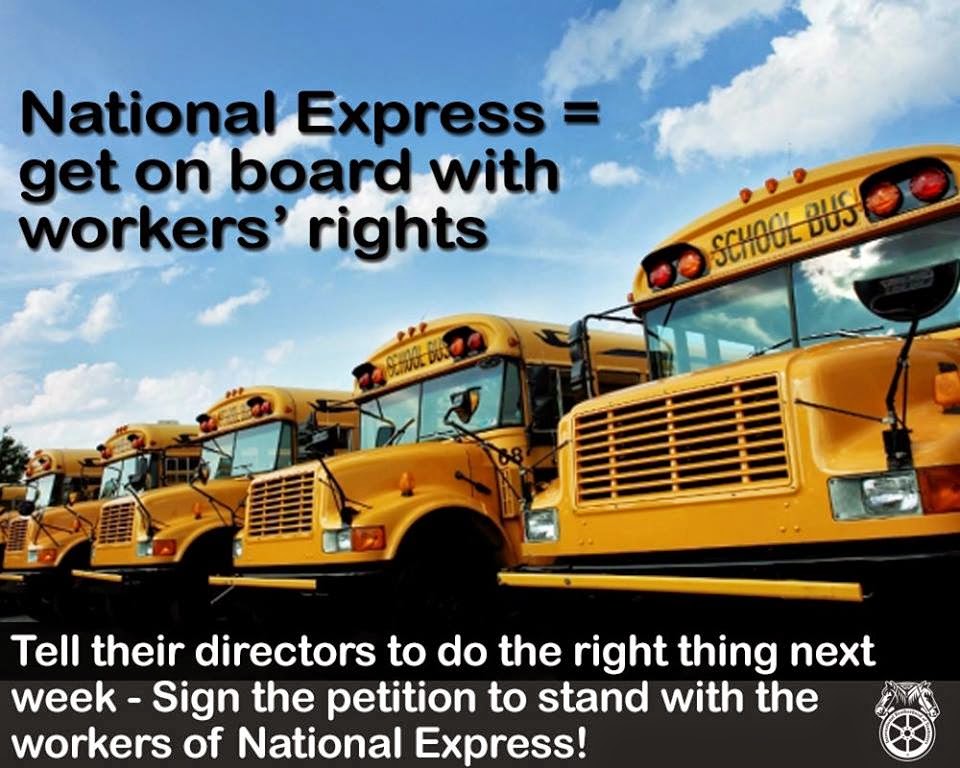 Teamsters are heading to Birmingham, England, next week to call on the parent company of an abusive employer to improve its oversight and reporting of human capital policies and practices.

The Teamster employer, Durham School Services, has school bus contracts with school districts in the United States. Durham's parent company, National Express, will hold its annual meeting in Birmingham May 14.


While in the UK National Express has on the whole a positive relationship with British trade unions, in the US it has allowed local managers to be trade union busters and blacklisters. This has a reputational risk to the brand and value of National Express. Especially when trade union members have been victimised for exposing health and safety concerns.

In the UK there has been a campaign to "Blacklist the Blacklisters" and to boycott companies in the UK who blacklisted workers for their trade union activism.

I note in the US that National Express has been accused of "disparate treatment, discipline and discharge of employees engaged in union organizing; alleged illegal surveillance of workers engaged in union activity; and allegedly threatening workers with reduction in benefits, working conditions and the loss of employment for supporting unionization."

I think this is also Blacklisting and National Express runs the risk that they will be added to British list to be boycotted by responsible public and local authorities.

In addition, conditions on school buses have been found to be dangerous for drivers and children.

You can help your brothers and sisters at Durham School Services by signing a petition here demanding that shareholders vote to improve oversight of working standards.