Teamsters, others, to take action against Walmart poverty wages

OUR Walmart members will be striking in key locations across the country to protest Walmart’s illegal retaliation against associates who have spoken up about inequality and have struck. Associates want Walmart to raise wages to $25,000. Actions will be taken in solidarity with Walmart associates all over the country and online.


You can support by signing onto a solidarity statement here. Please sign onto the statement by Tuesday June 3! You can also participate in a local action in your city or state. To find a local action click here.

Teamsters have been in the midst of the broad movement to raise wages and get the U.S. economy moving again. Recently, striking port drivers at the Port of LA/Long Beach marched alongside Teamsters, longshoremen and Walmart workers to protest retaliation against drivers who tried to form a union for better pay and working conditions. Teamsters and Taylor Farms workers who hope to become Teamsters stood in solidarity with fast-food worker strikes. Some of our brothers in Los Angeless got arrested during a Walmart strike last year. And Teamsters all over the country have supported striking low-wage workers in warehouses, at fast food restaurants, at government-contracted worksites and at Walmart stores. 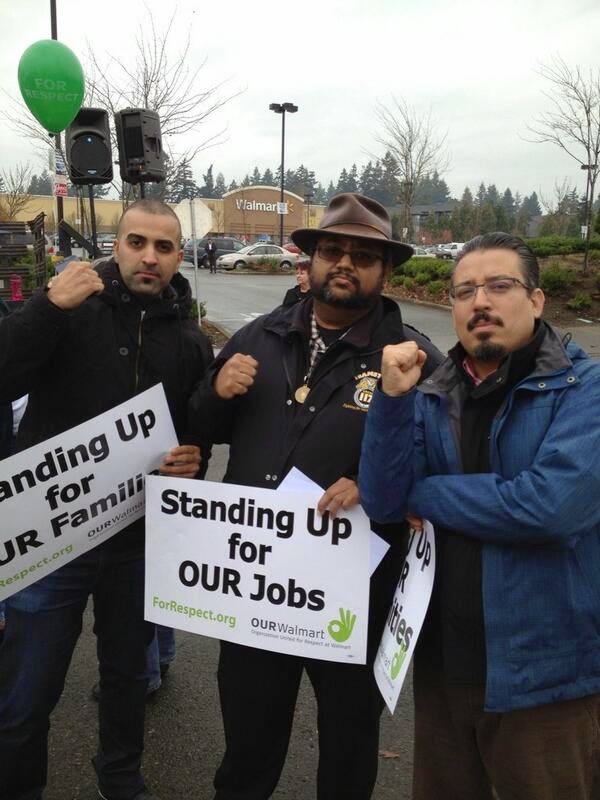 The news media is paying attention to the latest wave of low-wage worker strikes. The Guardian reports:


Walmart workers and supporters in the trade union movement say they intend to stage a new series of protests over wages and conditions at America's largest private employer, in which they will target the firm's family-friendly ethic ahead of its annual shareholders meeting next week.

Hundreds of so-called “Walmart moms” who work at stores across the US plan a number of strikes in 20 cities nationwide. Others will travel to Arkansas, the company’s home state, to provide a visual presence to shareholders, workers’ rights groups said on Thursday.

The actions will follow a series of “Black Friday” rallies last year, which came after a House of Representatives committee report found taxpayers were subsidising workers at just one Walmart store to the tune of $1m a year in food stamps and other public-assistance programmes, because of the low wages they took home.

So if you want to show solidarity with Walmart associates, click here.