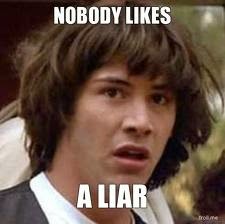 Counterpunch has the story about the borrower, a retired Montana accountant, and his wife, Abraham and Betty Morrow. They are suing the Bank of America for fraud. They claim the bank deliberately misled them into foreclosing on their home. One reason the couple has a shot is that Abraham took meticulous notes of his conversations with customer service representatives.


One early conversation took place on Dec. 8, 2009. It was with a Bank of America representative who identified himself as “Brian.” Morrow said “Brian” told him that he and his wife were locked in for a loan modification program. If they successfully made reduced trial payments for three to four months, Morrow said he was told, their loan modification would be made permanent.

After the whole thing unraveled and the Morrows filed suit, one of the defenses made by Bank of America was that, according to its records, Morrow had not spoken with anyone by the name of Brian on the date in question. On Dec. 8, 2009, the bank said, Morrow spoke with a customer service representative in India by the name of Sunil Kumar.

(The Morrows' lawyer John) Heenan later deposed Kumar by telephone. Heenan said Kumar told him, “We all use American names” when speaking with customers.

And what American name did Kumar use? “Brian,” he told Heenan.

That wasn't the worst of it.

The Morrows had run into financial trouble when the buyer of their business defaulted on payments to them. They tried to modify their mortgage loan with Bank of America, but couldn't. They were told to skip payments so they'd qualify for a loan modification -- then they'd get calls from collection agencies. They submitted paperwork, then were it was lost and to resubmit it again.  They were sent letters by the bank and then told by the bank's customer service representatives to ignore the letters. They applied for a loan modification and waited for 10 months before they got an answer.

And the bank's defense? Abraham Morrow had never talked to a customer service representative named Brian!