There's nothing sweet about Hostess's success for ex-workers 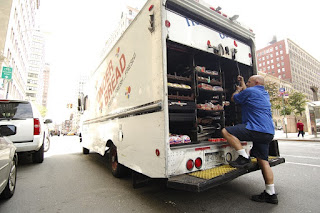 Almost three years ago, just before Thanksgiving, Hostess Brand executives threw their then 18,000 union workers under the bus by blaming them for the need to declare bankruptcy. The move put these Teamsters and other union members out of a job. But now, the company's new venture capitalists owners are borrowing more than $900 million to give their shareholders a slap on the back for a job well done.

Apollo Global Management LLC and Metropoulos & Co. acquired the maker of Twinkies from liquidation in 2013 for $410 million. Since then, freed from the burden of providing fair wages and a pension, the new ownership has flourished. In fact, it turned down an offer to sell the new Hostess for $1.6 billion earlier this year and is still mulling taking the company public instead.

It's all quite a turn of events for a company that saddled its poor business decisions on its workforce and blamed it for its failures even though it repeatedly couldn't reduce its debt during previous bankruptcy efforts. It is emblematic of the current culture where the rich get richer and workers get screwed.

But are the current owners making the same mistake as the previous ones? As Bloomberg stated:


For Hostess, the deal will triple debt levels to about six times a measure of earnings, according to an S&P report this month. Regulators including the Federal Reserve and the Office of the Comptroller of the Currency said in their 2013 leveraged lending guidance that debt levels exceeding six times raise concern as they seek to curb risky underwriting.

Of course, given that Apollo and Metropoulos are only looking to maximize profits, they probably don't care about these issues. They want the money. It's a real problem in the private sector today -- short-term profit over fiscal longevity and a concern for workers who help put a company in the black.

Hostess's current bosses should be wise to the mistakes of their predecessors. Workers shouldn't be getting the short end of the stick.
Posted by Teamster Power at 2:15 PM