Hoffa: China's currency manipulation should serve as a warning about TPP

Currency manipulation has long been a drag on the U.S. economy and our jobs. But China’s decision last week to devalue the Yuan shows the kind of damage such tinkering can bring to America. And it’s why Congress cannot approve the Trans-Pacific Partnership (TPP) until something is done about it.

The Teamsters for years have talked about how the issue is a cancer for trade deals like the 12-nation Pacific Rim pact. It makes imports cheaper to buy in the U.S. but drives up the cost of goods workers make here and export to the world. That, in turn, increases our trade deficits and forces U.S. manufacturers to either move overseas or close up shop. 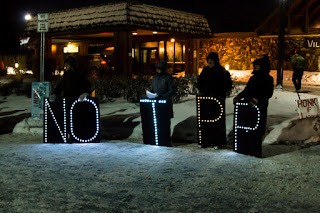 The practice creates an unfair trade advantage that has already cost millions of jobs in this country and shuttered thousands of U.S. factories. And it will only get worse if America proceeds with the TPP. Japan, Singapore and Malaysia, for example, are part of the trade agreement and have a long history of engaging in currency manipulation. China’s decision to lower the value of the Yuan after four years of relative stability will likely cause others nations to do so as well.

The failure to address currency manipulation and undervaluation has been a major cause of the U.S. trade deficit and manufacturing decline. Yet there is no provision in the TPP to do so, even though policymakers understand how devastating it can be to America’s economic health.

It is even more startling when the U.S. already has proof that the lack of currency manipulation language is a major failing in modern trade deals. The three-year-old U.S.-Korea trade agreement, known as KORUS, is the model that the TPP is built upon.  While supporters said it would create upwards of 70,000 jobs, it instead has led to tens of thousands of lost American jobs and an 84-percent increase in this country's trade deficit with Korea. In fact, the U.S. rung up its highest monthly trade deficit ever with Korea in January, reaching $3 billion.

Those job losses are not low-wage jobs, either. As the Economic Policy Institute surmised earlier this year, increased trade deficits push jobs out of better-paying industries. And at a time when income inequality is running rampant in the U.S., workers don't need even more "free" trade agreements that will further strip this nation's economy of middle-income jobs.

Currency manipulation is serious enough that a bipartisan collection of lawmakers have aired their concerns about the issue. That’s a rarity in today’s bogged down Capitol Hill environment. But they know what the Teamsters are other advocates are saying is true – our existing currency policy has failed.

China’s latest actions highlight the importance of addressing this issue. Currency provisions must be placed in the TPP that could be enforced through trade sanctions. But just as importantly, any additional nations that wish to sign onto the pact in the future must also be approved by Congress.  That way, China won’t be able to continue its current practices that leave American workers behind with no way to compete going forward.
Posted by Teamster Power at 11:27 AM