U.S. is not only country where companies don't pay their fair share

American multinational companies are making an increased habit of shifting their profits around to avoid paying taxes. And their actions aren't just hurting U.S. taxpayers, but many other nations as well. 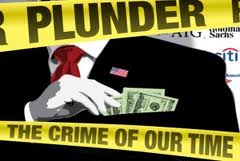 Overall, the "Still Broken" document estimated that U.S. multinational corporations shift a quarter of their profits -- between $500 and $700 billion -- out of the U.S., Germany, the United Kingdom and elsewhere to countries like the Netherlands, Luxembourg, Ireland, Switzerland and Bermuda in 2012. That same year, those same companies reported $80 billion in profits in Bermuda, more than the profits those companies reported in Japan, China, Germany and France combined.
The loss of revenue is not just effecting the world's largest economies -- known as the G20 countries. In actuality, it hits low-income developing nations like Honduras, the Philippines and Ecuador the hardest because corporate tax revenues make up a higher percentage of their national income.
Claire Godfrey,Oxfam's head of policy for its "Even it Up" campaign, said:

Rich and poor countries alike are hemorrhaging money because multinational companies are not required to pay their fair share of taxes where they make their money. The heaviest costs are being felt in the poorest countries. Under-funded public services affect everyone the world over, bu the vulnerable suffer most.

The news out of this report is not surprising, at least to those who have been paying attention. The fleecing of U.S. taxpayers by corporate America has been going on for years, with Congress doing little to stem the tide of lost tax dollars. Meanwhile, everyday workers are expected to pick up that tab.
Enough is enough! It's time to bring those profits home to the U.S. Those repatriated tax dollars could help fund badly-need infrastructure projects that would put Americans back to work earning a decent wage. Let's Get America Working!
Posted by Teamster Power at 2:45 PM