A new low in politics, brought to you by Nick Rahall's opponents 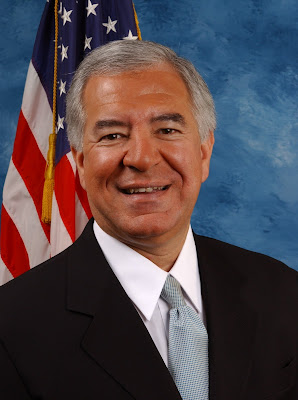 Nick Rahall is a Democratic congressman from West Virginia who has been with the Teamsters 100 percent of the time on our important issues. He is also Christian of Lebanese descent, born and raised in West Virginia.


In this election cycle of perpetual lows, achieving a new low is a serious accomplishment. But we've got one.

An "independent" group ran a campaign commercial slamming Rahall for chairing a group of Arab-Americans for Obama. The ad, sponsored by the West Virginia Conservative Foundation, aired scary music in the background with Rahall saying ,


I proudly chaired the Arab-Americans for Obama campaign nationwide group.

Wonder what scary Arab-Americans the West Virginia Conservative Foundation is afraid of. Could it be Quarterbacks Doug Flutie and Jeff George?


It couldn't be Christa McAuliffe or Frank Zappa -- they're both dead -- but what about Moon Unit and Dweezel?


Or maybe they're scared of Marlo Thomas or Paula Abdul.


Or could it be that the West Virginia Conservative Foundation simply represents a bunch of bigots?
Posted by Teamster Power at 11:12 AM