Photos: Teamster boots on the ground (and ears on the phones) all over the USA

Working people don't have as much money as the squillionaires trying to buy our democracy, but there are more of us than there are of them. We have boots on the ground to combat the influence of big money in politics.

Here, for example, are just a few photos of Teamsters getting out the vote all over the country. We're pulling out all the stops to elect pro-worker candidates for office on November 4: phone-banking, handbilling, rallying, registering, hosting candidates. And we're campaigning for candidates seeking local office in the City of Tracy, Calif., all the way up to Alison Grimes, who's challenging Senate Minority Leader Mitch McConnell of Kentucky. 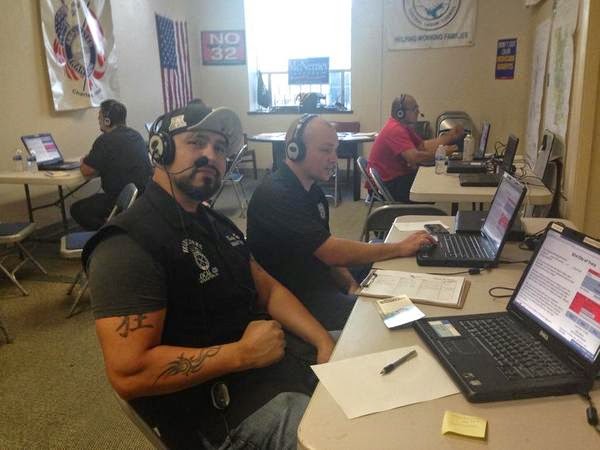 Above, Brother Doug Bloch from Teamsters Joint Council 7 in Northern California sent us this photo of Teamsters from Locals 150, 439 and 601 phone-banking in Tracy. Our California brothers are working to elect Ray Morelos to be the first Latino mayor in the city's history. It's important because Tracy is home to Taylor Farms, which harasses and intimidates its mostly Latino workers who are fighting against poverty wages. 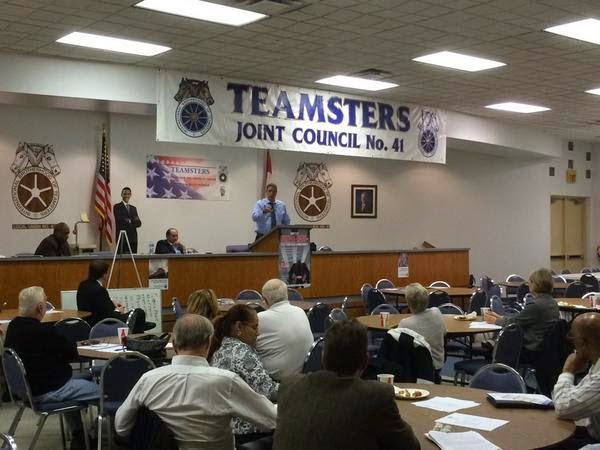 
Thanks to @Teamsters Joint Council No. 41 for having me out to speak! 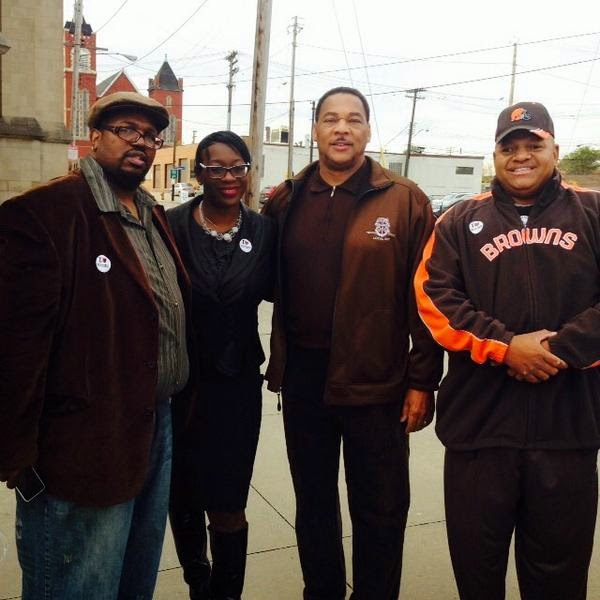 Above, Teamsters stand with Nina Turner, a secretary of state candidate who will protect Ohioans' right to vote. The current administration is pulling all kinds of tricks to make it easier for its own supporters to vote. Standing to the left of Nina is Al Mixon, an international vice president and president of Teamsters Local 507. 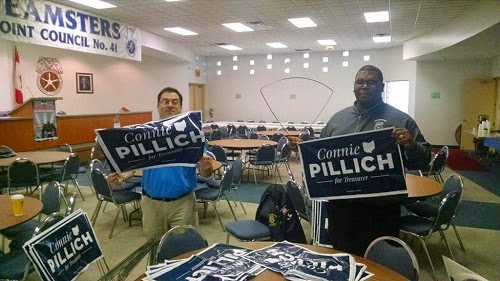 Ohio Teamsters are also working hard for Connie Pillich, a pro-worker candidate for state treasurer. Lost-timers are up and at 'em early every day. Thanks to Brother Fred Crow for this photo. 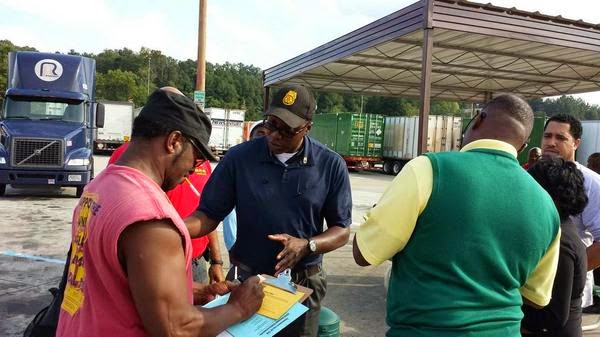 Above, Georgia Teamsters are working hard to win for working families this November. Members of Teamsters Local 728 are fanning out to work sites, determined to make a difference in the race for governor. They're especially hopeful that Jason Carter will restore an honest state government that works for everyone, not just friends and campaign donors. Brother Eric Robertson sent us this photo from a YRC yard.

There are plenty more photos of Teamster boots on the ground to come!