Housing costs are too damn high!

Homeownership, once considered the cornerstone of the American Dream, continues to slip away from more and more U.S. workers, a new report by Harvard University's Joint Center for Housing Studies (JCHS) states. But the document also states that rent costs are straining the middle class as well. 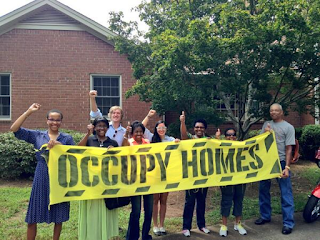 The "State of the Nation's Housing 2015" paper detailed that the nation's housing recovery slipped last year as homeownership rates continued to fall. Meanwhile, rental markets continue to grow, but soaring rents combined with flat incomes means more and more households are paying too much for the roof over their heads.


Perhaps the most telling indicator of the state of the nation's housing is the drop in the homeownership rate to just 64.5 percent last year. This erases nearly all of the increase from the previous two decades. In fact, the number of homeowners fell for the eighth straight year, and the trend does not appear to be abating.

That, in turn, has caused a surge in rental demand. As a result, the national vacancy rate fell to its lowest point in nearly 20 years and rents rose 3.2 percent last year. Households headed by those aged 45-64 led the renter growth "movement."

Not surprisingly, the surge in rents has created an increase in the number of cost-burdened households -- those paying more than 30 percent of their income for housing. According to the latest numbers, nearly half of all renters now fall into that category.

This is what income inequality has done to this country. Working families are struggling to keep a roof over their heads. And increasingly, lower rent options are being torn down, replaced with high-rent alternatives that leave few places for low-income families to go.


Rents are rising for the simple reason that, thanks to the never-ending hangover of the housing bust, a larger share of Americans are renting their living places now than they have in 20 years. And while developers have responded by building apartment buildings like mad—last year, there were the most multifamily housing starts for rent since 1987—it hasn't quite been enough to keep up with demand. (Moreover, new construction is largely catering to wealthier buyers, while the families most burdened by rent tend to be lower-income.)

Workers should be able to live a life of dignity. That means being able to have a place to call their own. But due to corporate greed, salaries aren't keep up. It's time for lawmakers to push for sustainable wages so hardworking Americans can afford the basics of life.
Posted by Teamster Power at 2:35 PM