Outspoken union leaders risk being singled out and punished by management, even if they're millionaire NFL stars. New Orleans Saints quarterback Drew Brees can attest to that.

Brees, the NFL Offensive Player of the Year who led the Saints to a Super Bowl victory in 2010, is fighting to secure a strong contract from his team.

According to Dave Zirin at The Nation, it isn’t about Brees asking for too much. Rather, Brees is being targeted for his trade unionism:


In fall 2010, it was Brees who led a procession onto the field in full view of the Sunday Night Football cameras with one finger in the air, a symbol that both teams—the Saints and Vikings—were actually one team united against ownership…As the team’s union representative and member of the NFLPA [National Football League Players Association] executive board, Brees remained outspoken and was one of the lead plaintiffs in the lockout lawsuits against the NFL.

The NFLPA is demanding an investigation into whether the Saints are going after Brees for his union activism. 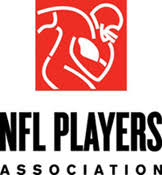 As Zirin reports, Brees has also defended fellow players -- including Will Smith, Anthony Hargrove, Jonathan Vilma and Scott Fujita -- against charges they took part in a bounty program to injure opponents.


Brees is leveraging his fame to argue that he and his team are being targeted for the crime of being loud and proud union leaders during last year’s NFL lockout.

Former teammate Fujita – the recipient of the 2010 Teamsters Human Rights Award and the brother of Jason Fujita, a member of Local 492 – explains why Brees has become such a big target for league bosses:


In recent years Drew has taken some strong positions against league management. He doesn’t have to do this, but he chooses to because he knows it’s the right thing to do, and because he’s a natural leader who all players look to and respect. That’s quite rare for someone of his stature. He has great conviction.

Zirin explains what’s at stake for workers and union power as a whole:


There is no higher cultural platform in the country than the National Football League. NBC’s Sunday Night Football is the highest-rated program of the fall season. The Super Bowl is the most watched program in the history of this country. Drew Brees has been one of the faces of this league since the Saints won the Super Bowl in 2010. If he can be spanked like an unruly child for the crime of standing with his union, what does that portend for the public sector worker in Ohio, the Chicago teacher who just voted to go on strike or the Starbucks barista trying to start a union? I’m not saying that Drew Brees is some kind of Joe Hill with a tight spiral, but this is about ensuring that anyone who wants a union or is in a union can speak out in defense of their livelihood.