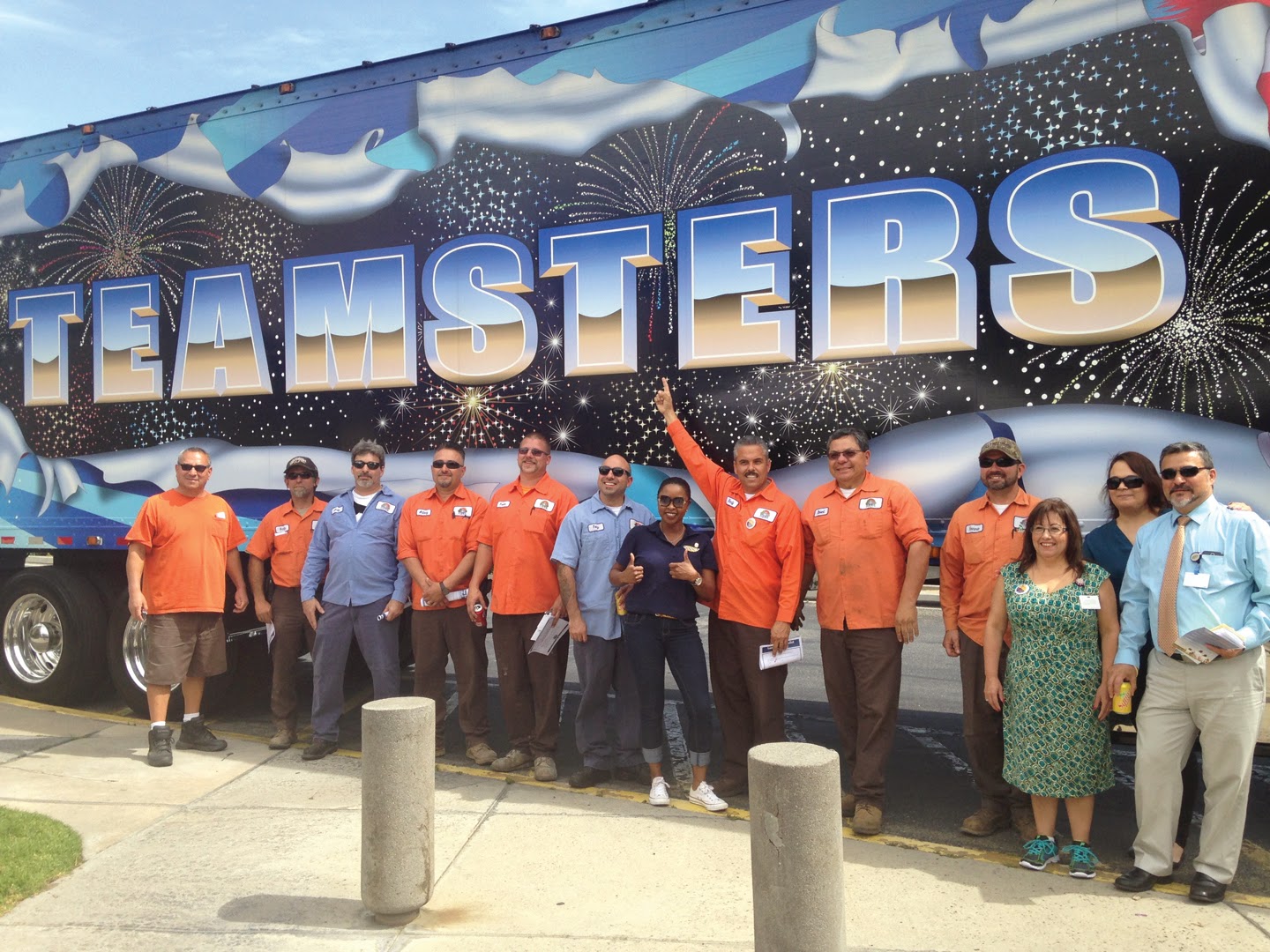 A huge group of county public employees in California have voted to affiliate with the Teamsters, bringing more than 13,500 new members into the union! San Bernardino County employees are seeking a more secure future and stronger bargaining power as members of the newly-formed Teamsters Local 1932.

From the Teamsters press release:


The workers have voted over the past several weeks and ballots were counted today. About ... percent voted in favor of Teamster representation. The workers had been represented by the San Bernardino Public Employees Association (SBPEA), but they reached out to the Teamsters seeking stronger representation.

Hoffa welcomed the San Bernardino members to the union:


The Teamsters have the resources, expertise and clout to negotiate the strongest contracts possible. This vote shows that San Bernardino County public employees understand this and want Teamster power at the bargaining table. We have been successful representing public employees across the country, including those employed in cities, towns, counties and public universities, such as the University of California system, Penn State and the University of Minnesota. We expect to be able to help the workers in San Bernardino as well.

Kathleen Brennan, a county Information Services Department employee, said she and her coworkers are happy to have Teamster power at their side:


We know about the Teamsters’ strong track record of winning improved wages, benefits and working conditions for public employees, so this is a great day for us. We look forward to having real Teamster power when it’s time to sit at the bargaining table.

The union has won wage and benefit increases for 14,000 Local 2010 members at the University of California. Teamsters also represent employees at police and fire departments throughout California, and teaching assistants in LA public schools.


The San Bernardino public employees reached out to us and we are excited to stand shoulder to shoulder with these dedicated public servants in negotiating strong Teamster contracts.

We are thrilled to welcome San Bernardino workers into the Teamster family!
Posted by Teamster Power at 5:01 PM